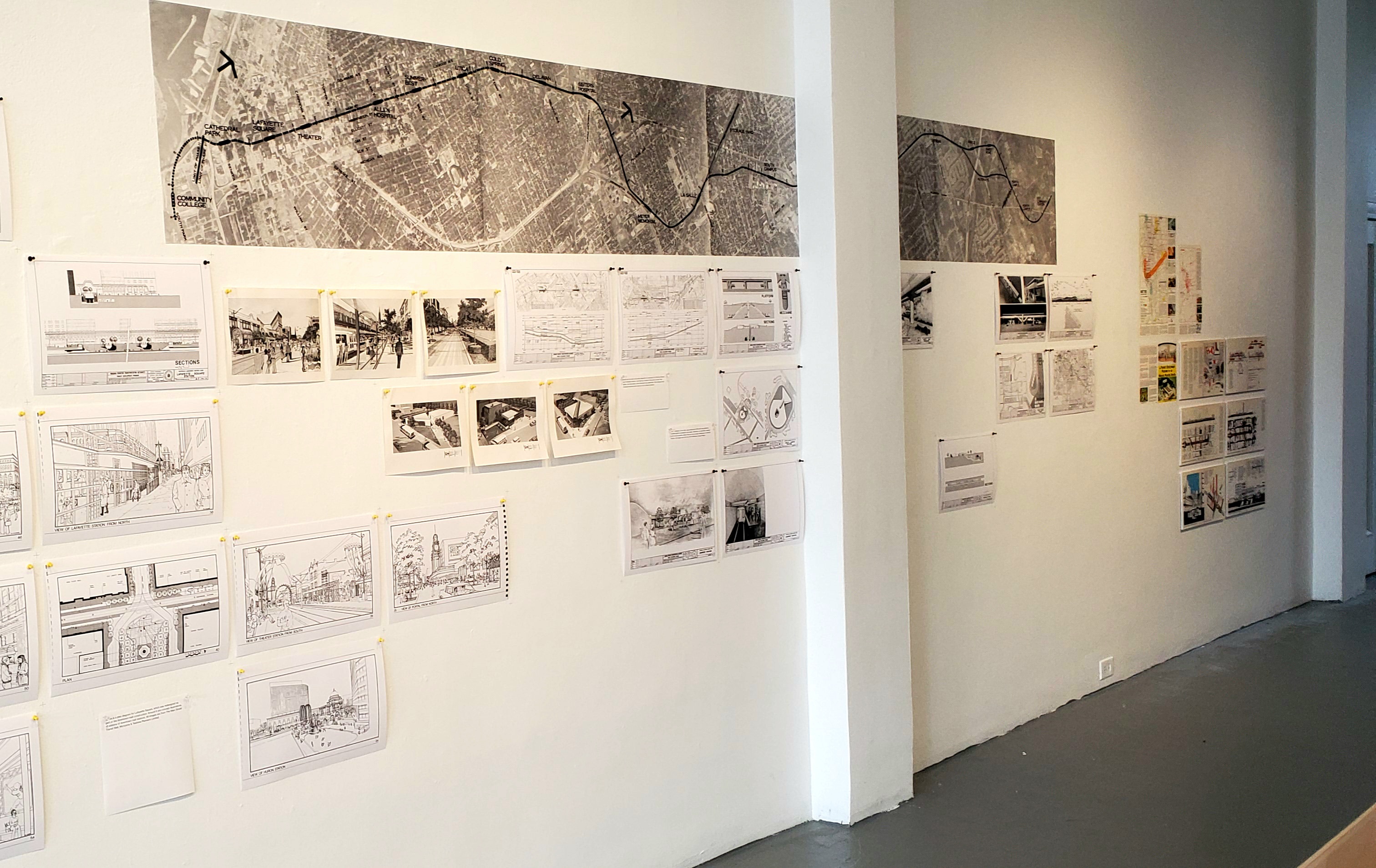 View the exhibit The Dawn of a New Era: Designing Buffalo’s Metro Rail

Organized by Bryan Lee and William Vogel, The Dawn of a New Era is an exhibition about the design history of Buffalo’s Metro Rail.
Public programs include a guided tour of the system’s architecture and public art, as well as talks on transit, art, and the city.

Buffalo Metro Rail is a 6.4-mile long light rail transit line that runs the length of Main Street from Erie Canal Harbor to the University at Buffalo’s South Campus at the edge of the city. When it opened in 1984–85, city, state, and transit officials proclaimed “The Dawn of a New Era in Transportation,” as the region pinned its hopes on the Metro Rail to revitalize Buffalo amidst its continued population decline and urban decay. Despite the rosy ambitions of the 1970s and 80s, the line was never completed as planned, stopping well short of the University’s suburban North Campus. Hopes for additional lines and further expansions to the system faded in subsequent years, and the line came to be derided by locals as the “Train to Nowhere.”

Nevertheless, the Metro Rail is today the only urban rail transit line in New York State outside the New York City area, and it served over 4.5 million riders last year. The line is a significant piece of urban infrastructure, and its eight underground stations were each built to individual designs in a functionalist, late-modern style. Buffalo architects Robert Coles, Milton Milstein, and Frances Steiglitz were among the designers of the stations. Furthermore, their unique architecture was integrated with twenty-one site-specific public artworks by noted artists including Scott Burton, Beverly Pepper, and Milton Rogovin, among many others. All told, the system was built to a level of architectural quality and care that was unparalleled at the time. 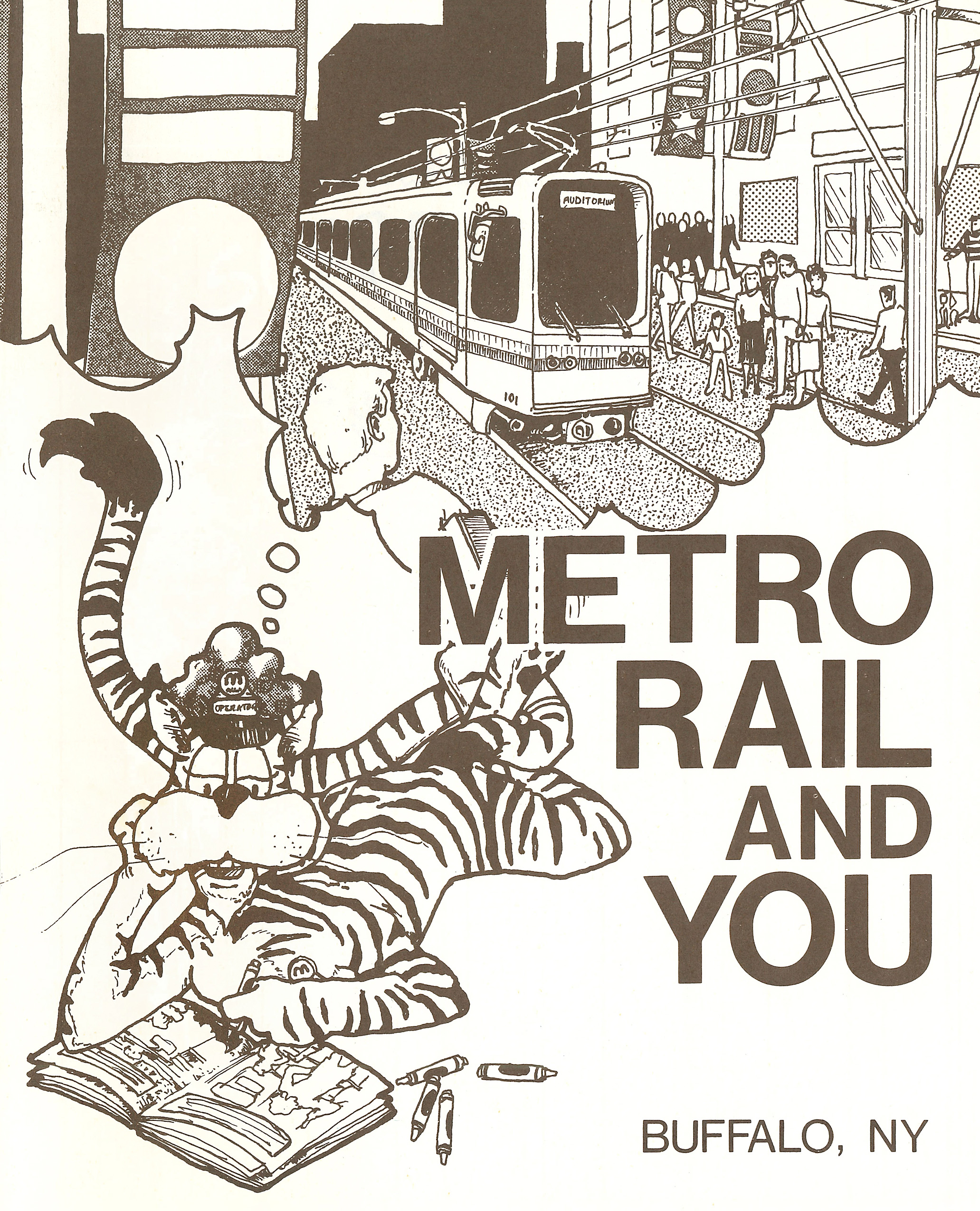 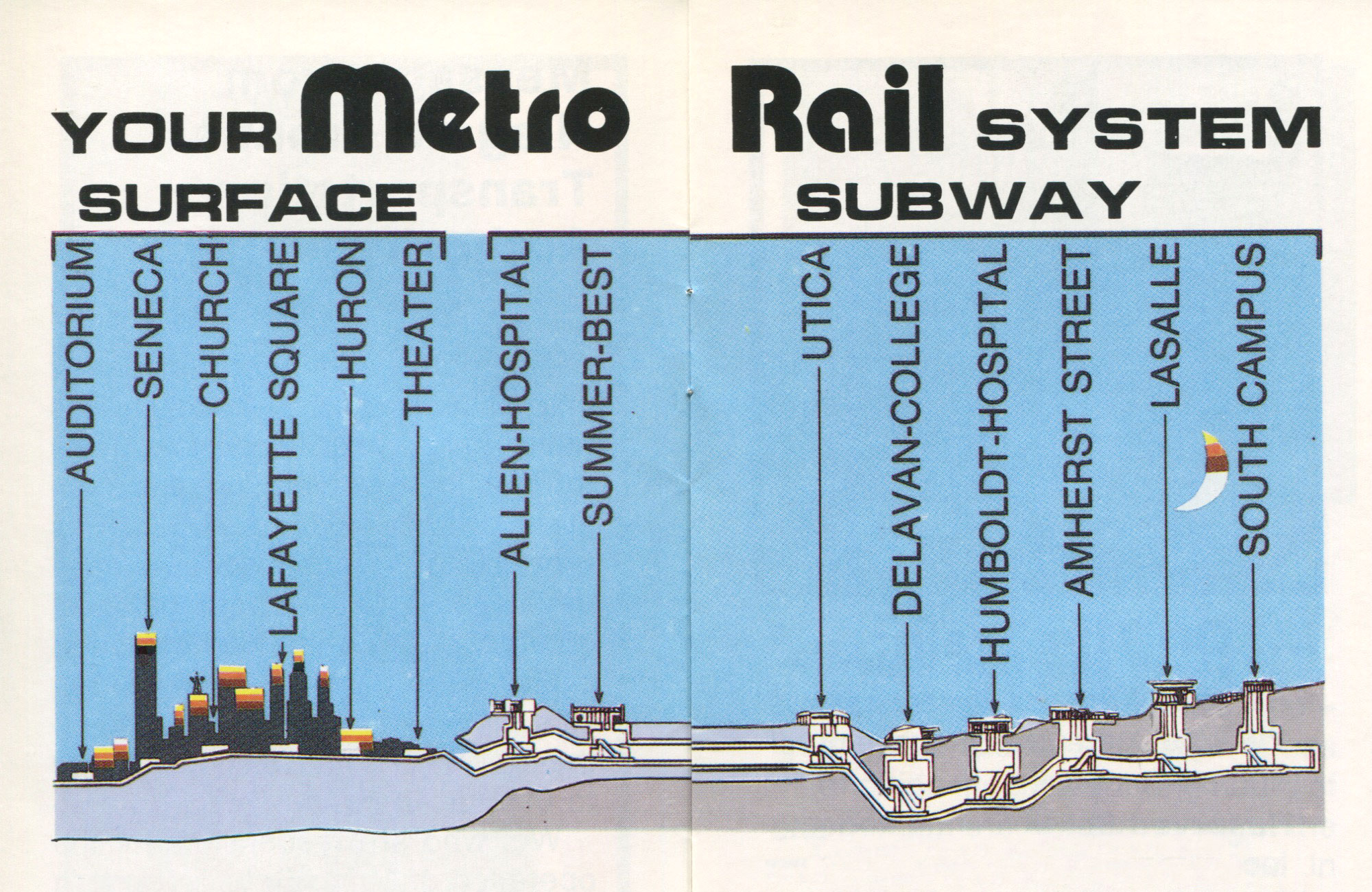