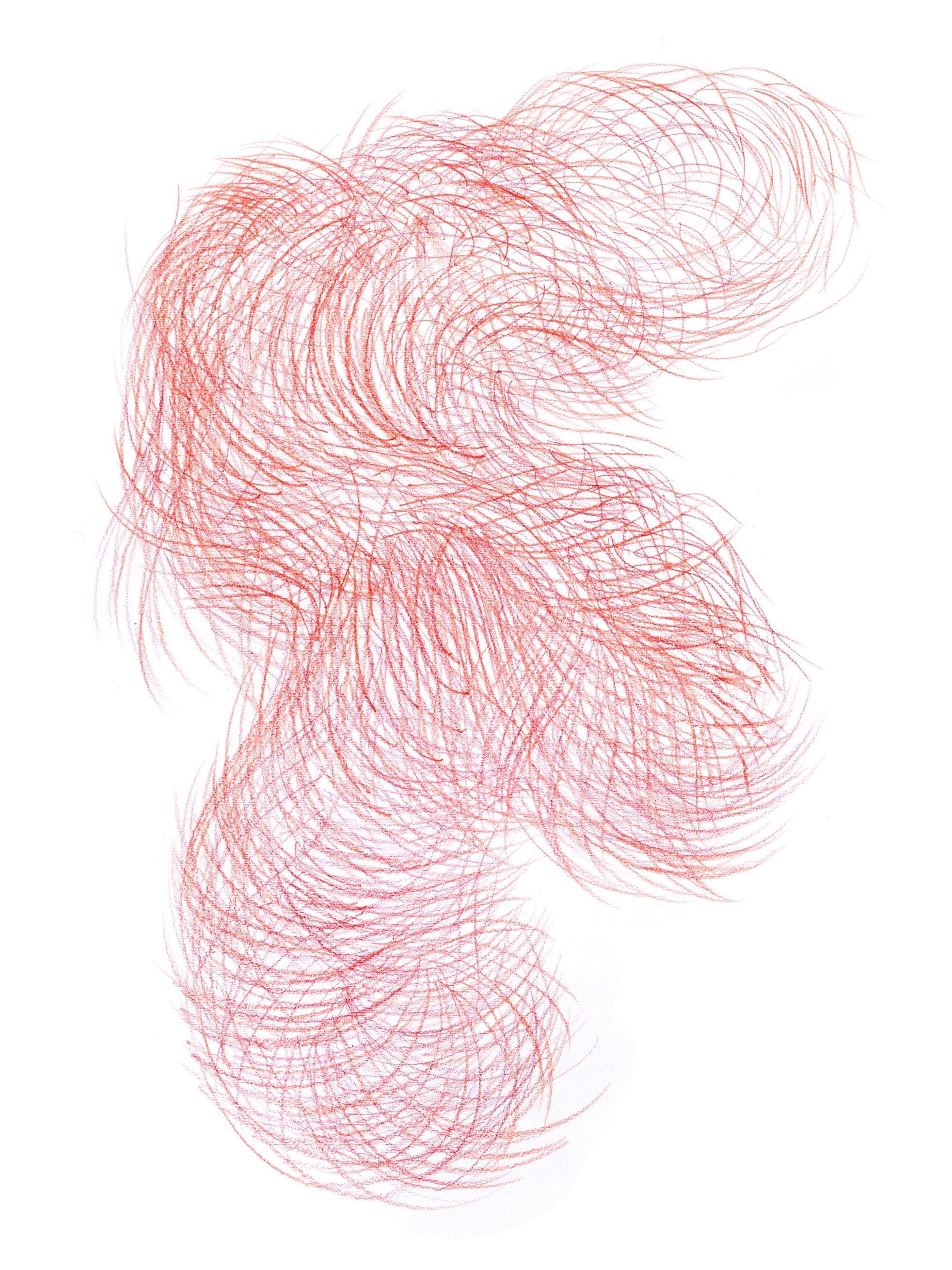 Before the coronavirus pandemic upended our lives, before America boiled over into a summer of discontent, and before temperatures in the Arctic broke 100ºF, El Museo had planned to present Alma Peguero’s thesis exhibition in May 2020.

Following is a series of new drawings by Alma Peguero, entitled Flaming Spirits, along with a conversation with Bryan Lee. 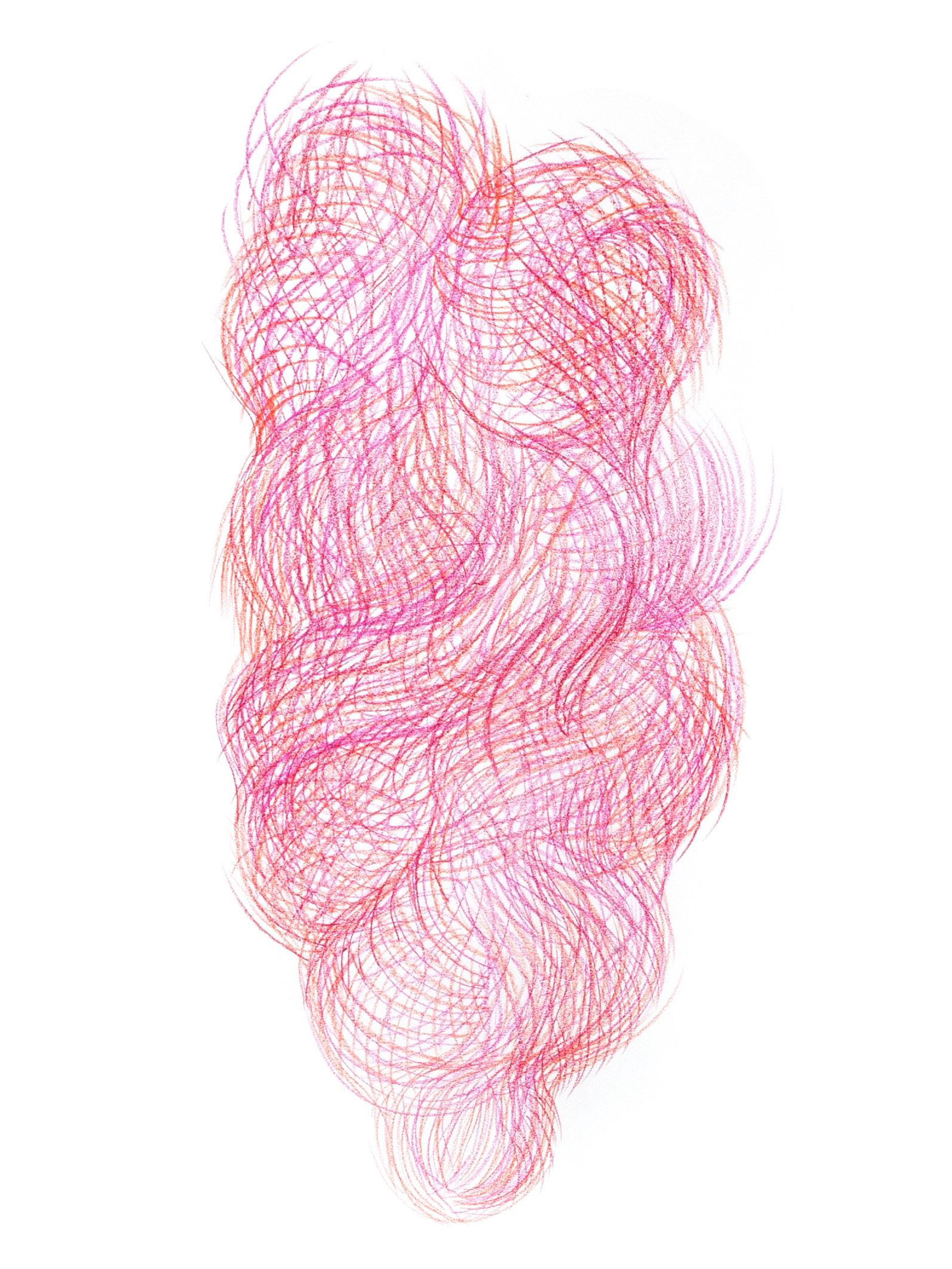 Alma Peguero: How are you? I am excited about the conversation that is about to unfold.

Bryan Lee: I’m doing ok. The world is on fire. How are you?

A: Yes, it is! I am good, I am lucky. I just finished my MFA at UB and am starting to explore my professional life from a new perspective, after having been in the school bubble for two years, but also, considering the social and political atmosphere of these past months. As you said, the world is on fire, and the fires do not seem to be cooling down. But part of me feels very lucky to be able to process all of this through my artistic practice.

B: Indeed, we are so fortunate to be sitting here (apart), and having this conversation in relative comfort. 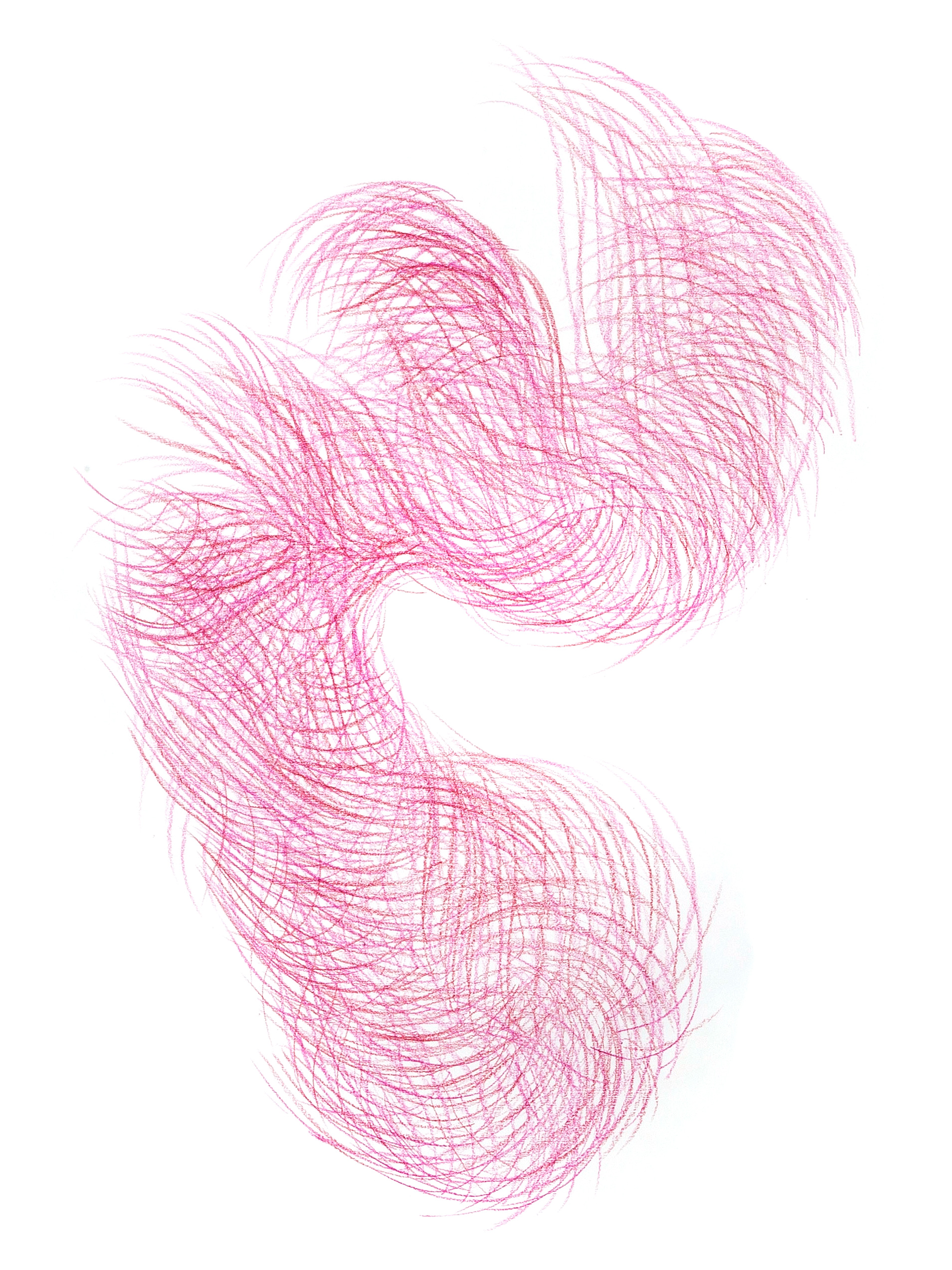 B: I must admit, I find it hard to think about art these days.

A: I think it is hard. The situation is overwhelming. There is something about Buffalo Summer though. Somehow I have managed to keep some sort of weird hope.

B: It was a very long winter, wasn’t it. I have been staring at the sky so much recently.

A: So beautiful. I imagine, staring at the sky is like staring into yourself as well…

B: So tell me more about Flaming Spirits.

A: Flaming Spirits is a series of drawings I started as a result of much of what we are talking about here. The artistic mode that I had been developing over the past two years started to feel too constricting after the lockdown started in March. I had been working on these schematic geometric drawings that I had to put on hold, not only because I was not able to go to the studio, but also because I needed to find a different way of navigating the outside world and my interior world. 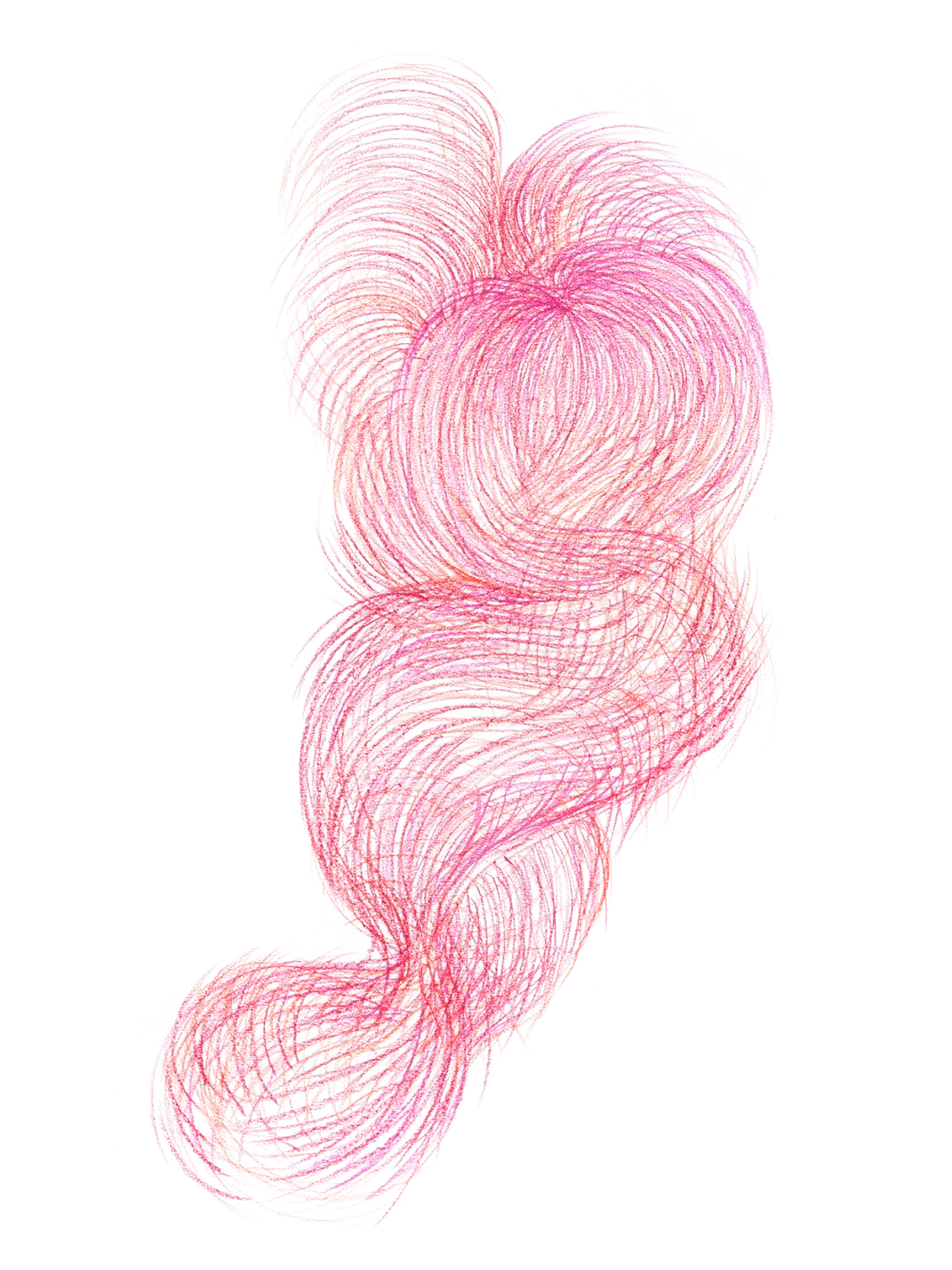 B: And that was even before we saw the explosion of protests over George Floyd and others…

A: Yes… As you said, it was difficult to think about art. I had to just make it. I remember seeing in my mind a series of infinite floating lines, but I didn’t think much about them at the time. It was only when I started to draw them, that I was able to see the significance of these lines, gestures. They were talking about freedom, about revolution, about fire, about loss. I wanted to move like these drawings. It was a beautiful impulse to draw Flaming Spirits, a way of processing the social and political information that we were consumed by as time went on.

B: I like that, how you describe the information consuming us, instead of the other way around. Everyday I find myself doomscrolling endlessly, absorbing all the terrible news, which seriously affects my mood. But yet, I can’t stop. How does one look away?

A: Well… So many terrifying and maddening situations have been proliferating. The way information is delivered and the way that the media plays with our psychology is so messed up, that even the worst tragedies and extraordinary events are transformed into a type of dark entertainment for us to consume. Anyways, that is the pessimist in me. 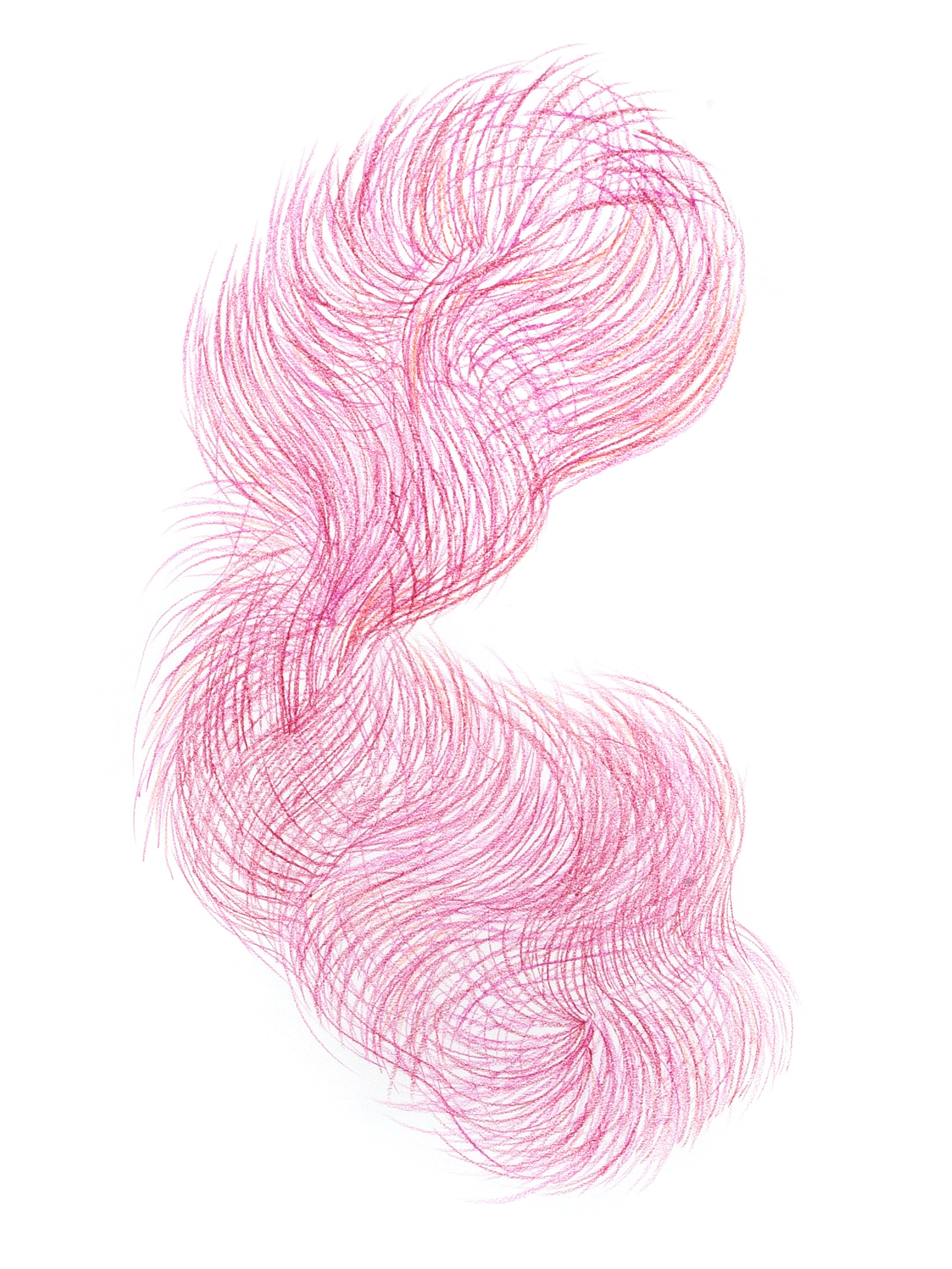 B: On the other hand, I’ve found it quite interesting that there has been a global response to the Black Lives Matter movement, and much of it is, I think, due to the speed of information networks today. Being from the Dominican Republic, what is this experience like for you?

A: It is definitely interesting seeing how this has reverberated in other parts of the world. And it has been surprising for myself, discovering aspects of racism in my own way of operating. In the Dominican Republic, racism is a subject that dances between laughter and tears. There is a system of privilege which rewards people with lighter skin. DR shares an island with Haiti, and many Dominicans think of themselves as white, and Haitians as black. But historically speaking, the native Tainos were exterminated by Spanish colonists, who then brought African people to the island. Our population is constituted of a mix of these ancestries. So to say that we are not black is a hilarious statement. I think the conversation about racism in DR is so needed! Racism is so embedded in our culture, in our nervous system, that it is difficult to escape and to admit it at the same time.

B: You mention a syncretic influence on the work, invoking both flame and spirit, which are potent symbols across many cultures. Can you talk more about that?

A: Well, I was raised under Spanish Catholicism and my paternal side of the family was influenced by Haitian Vodou. The relationship between the two is very interesting. Catholicism, being the major religion in the Dominican Republic, cancels out all other religions. On the other hand, I was always so inspired, and almost seduced, by the “magic” that my grandmother and aunt would make. It goes from natural remedies for diseases to divinations of the future, or having a spirit visiting you for one thing or another. It was all very fascinating to me, even though I was not supposed to believe in it. I read these in my personality as order and chaos. Concepts that also resonate with my yoga practice. Incorporating non-western philosophies and ways of being in the world opened up so much my way of relating to the world and to myself. In my daily life, I try to practice order but I also give space to that which is not ordered, to that which does not look as it seems, and to that which is unknown. In Flaming Spirits I’m honoring the unknown as the forces that invite us to transform.

B: I also grew up Catholic, but I am not particularly religious or spiritual now. What does spirituality mean to you?

A: I love this question of the spiritual. For me it is a form of gratitude, and a genuine interest in truth. I experience it as an awareness of the relationship I have with myself, combined with a continuous interest in investigating and cultivating it. In this sense, spirituality becomes a practice by which one can create self-knowledge. As I explore and develop this relationship, I can start to understand that there are essentials of being human that are not particular to me, but common to all. And so, spirituality could be a way of seeing life and experience through the lens of something that feels bigger than the self, like nature, universal principles, philosophies, concepts, ideas about the divine, and so on. 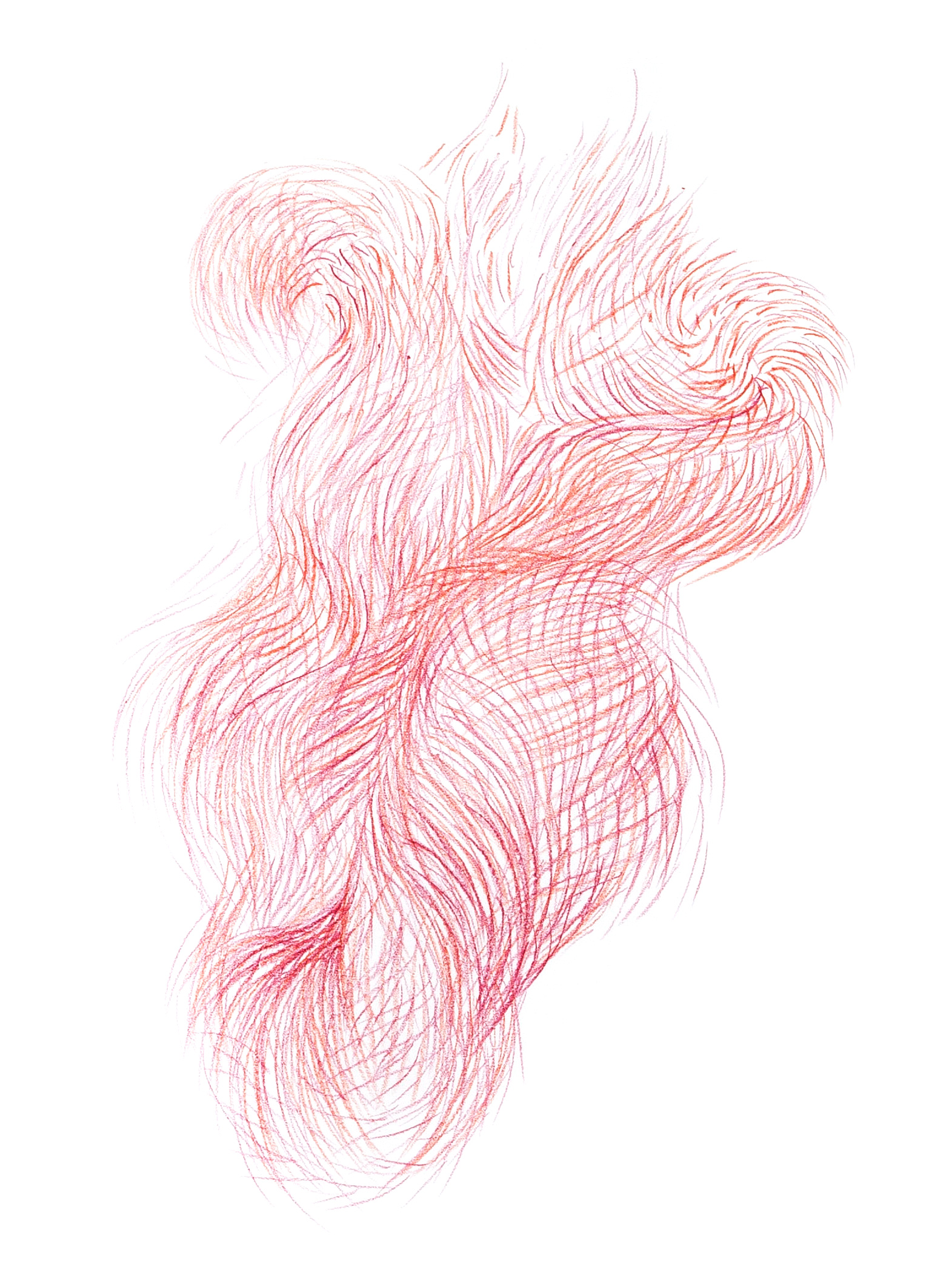 B: Often we tend to think of the self as just a brain in a container, but especially now with the coronavirus pandemic, we are reminded that our bodies are actually quite fragile and vulnerable, and that our consciousness is a just temporary spark of nature. Tell me about the physical aspect of these recent drawings.

A: Wow, that reminds me, when I posted a video of myself drawing and moving, some people told me, thank you for putting out that much energy during this precarious time. The compliment took me by surprise. For me, these frenetic and cyclic gestures, with which the drawings were made, are a direct projection of the reality I am in at the moment, which, at the same time, is not separated from the reality that we are all experiencing. Even the impulse to use simple materials such as paper and oil pastel is a reflection of the need to seek refuge in the elemental and primary … in Flaming Spirits, I see context, body and gesture as one thing. The coronavirus becomes an indicator that we can not escape vulnerability. Life is fragile, and our bodies however they are, are part of that. 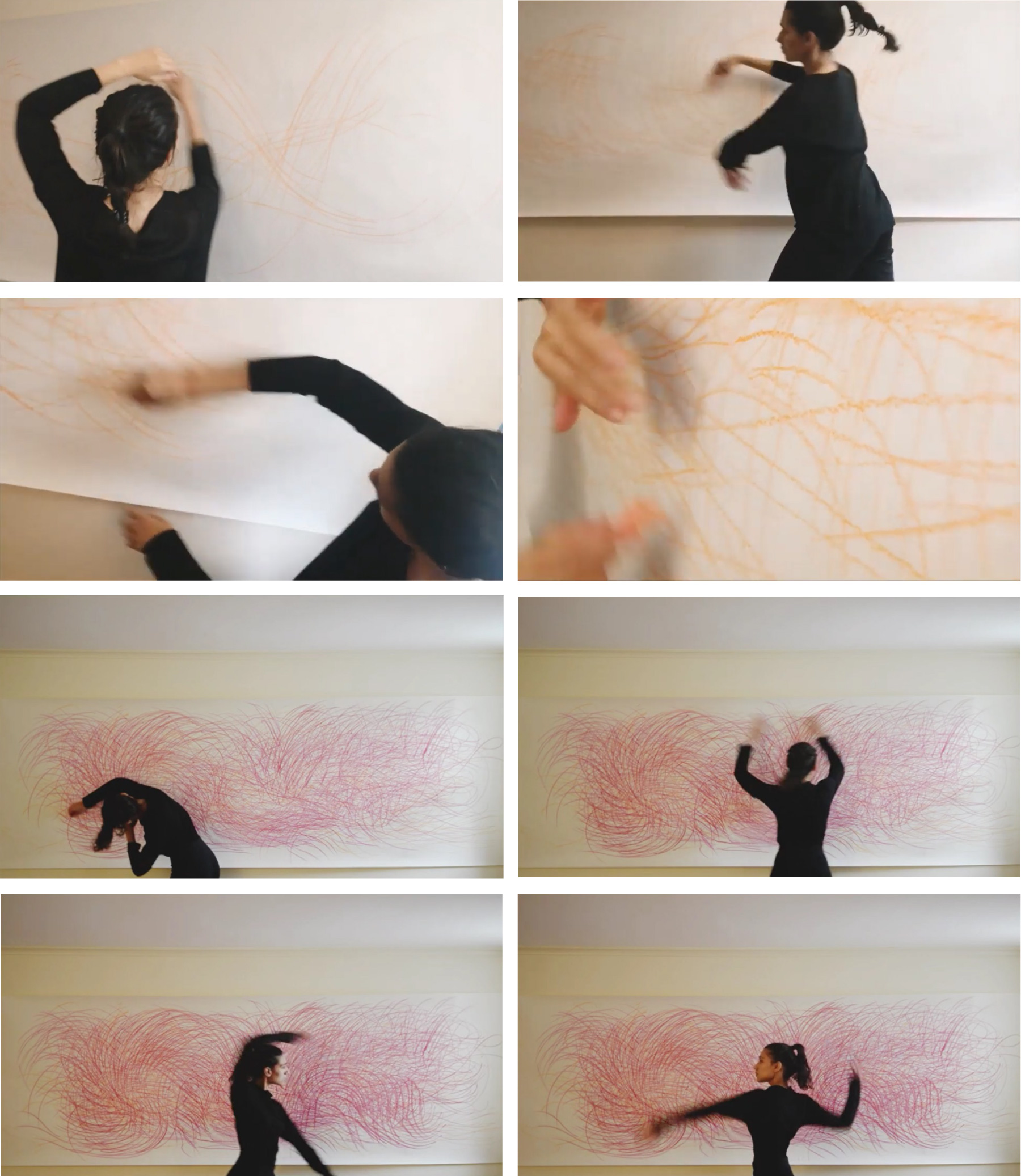 B: Certainly. Ok, last question. What are your hopes for the future?

A: Hmmm. I would like us to be able to solve the problems that we are facing and that we have been fighting for so long, racism and all kinds of inequality and injustice. But I understand that it is a process and that it will always be a process. My desire is that we get to experience a world where people do not waste their time in absurd ways, with discrimination and dysfunction. I hope we can say yes to love, to human dignity, to nature.

B: Those are big hopes. Thank you for sharing this space with me.

Alma Peguero is a Dominican visual artist who received her MFA from the University at Buffalo, and BFA from Parsons the New School for Design. Peguero’s work explores the relationship between ontology and math. She creates drawings, prints, and paintings based on geometrical and mathematical systems. She aims to to embrace logical methods of working while inquiring about the fundamentals of being. Her work is directed to an audience interested in contemplation, self-knowledge, and mind-evolving processes.