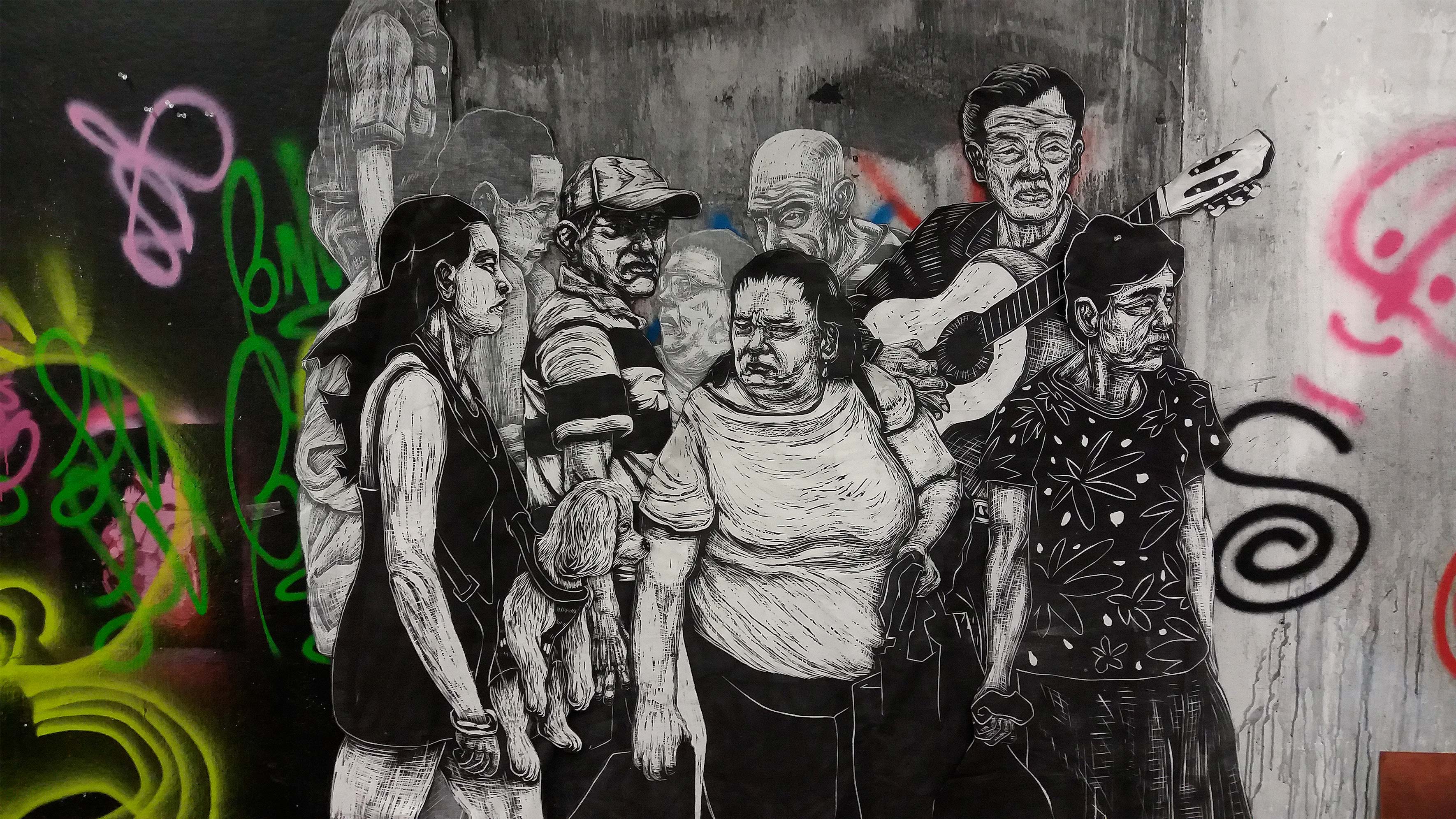 For his MFA thesis exhibition with the University at Buffalo, Carlos Llobet Montealegre merges large-format relief prints, collage, and painting into life-size compositions.

The title, The “Old” New Normal, references the expression “the new normal.” Coined following the 2007–08 financial crisis, the term was used to describe a new reality that was to set in: weak growth, stagnant wages, low spending; permanently depressed economic conditions for the lower and middle classes. Llobet contends, however, that this “new normal” has been the reality in Latin American countries for most of their existence. From the Spanish conquest to banana republics, through foreign intervention and political corruption, a wide gap between the wealthy and the poor has always been the status quo.

The subjects of Llobet’s work are the people who fall on the losing side of this gap. They live hand to mouth, paycheck to paycheck, even day to day. They are market laborers, lottery salespeople, shoe shiners, street musicians, beggars, drunkards, families, anonymous everyday people all represented in distinctive relief prints. Exploiting the capabilities of the print medium, he multiplies the images and assembles them into masses that surround and implicate the viewer. The exhibition, with its portrayals of street life and urban intensity, is also an homage to his home city of San José, Costa Rica.

In many ways, the visual and social drama of this work draws directly from the social realist tradition in art, especially in the Latin American context. The figures are rugged and heroic, their liveliness set in tension with the struggles and oppressions they symbolically carry in bags, crates, and tools. While the aesthetic alludes to a time past, the political impulse—to call attention to the plight of the poor and working classes amidst ever-increasing inequality—remains stubbornly relevant. What was old is new again.

Carlos Llobet Montealegre is a Costa Rican artist who is currently finishing his MFA at the University at Buffalo. In his work, he explores multiplicity and repetition in print media, and challenges the traditional limitations of the form. Going beyond printed editions, he creates unique composite artworks by collaging, painting, and weaving prints. His love for street art informs both the style and political message of his work. 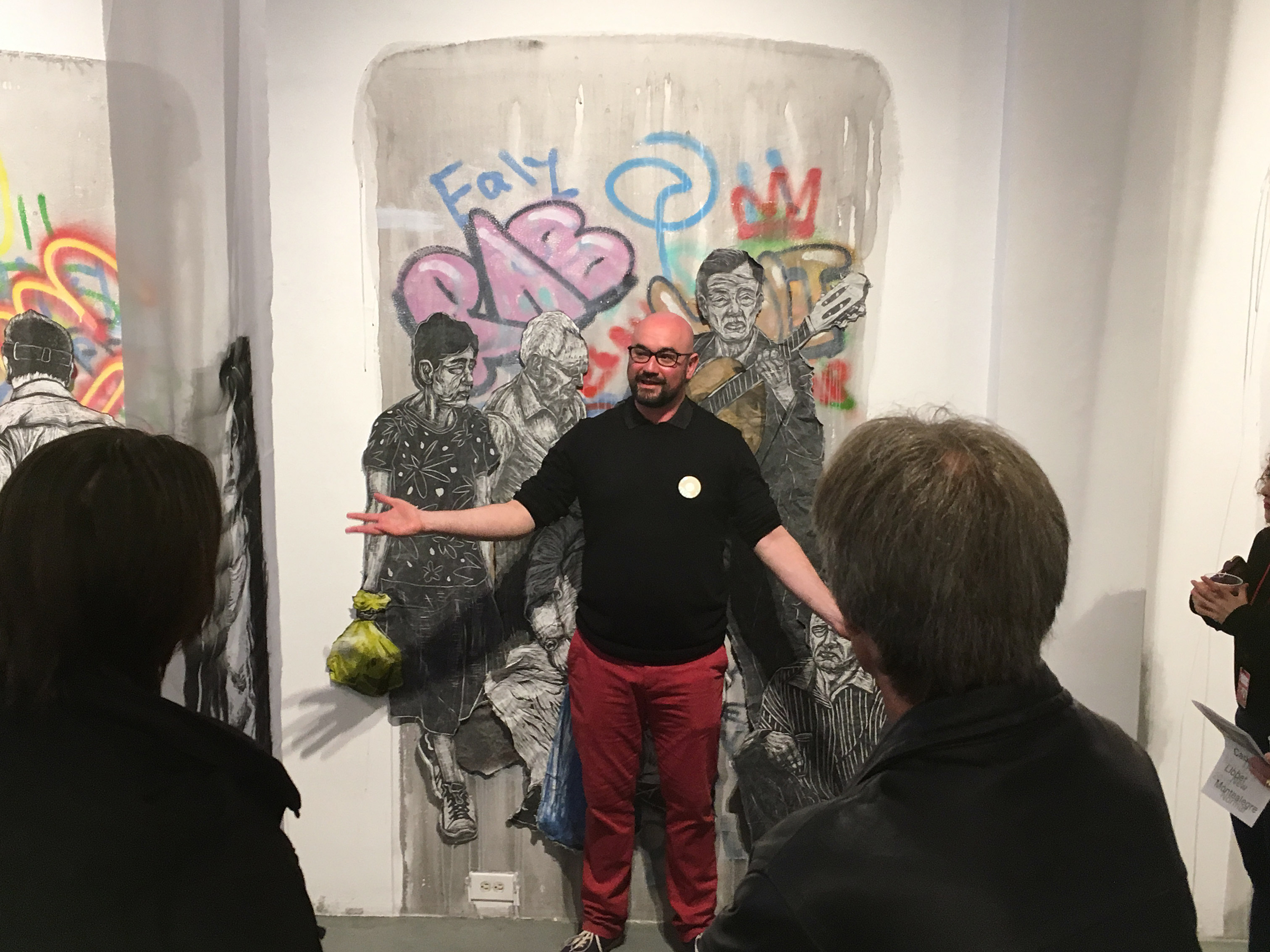 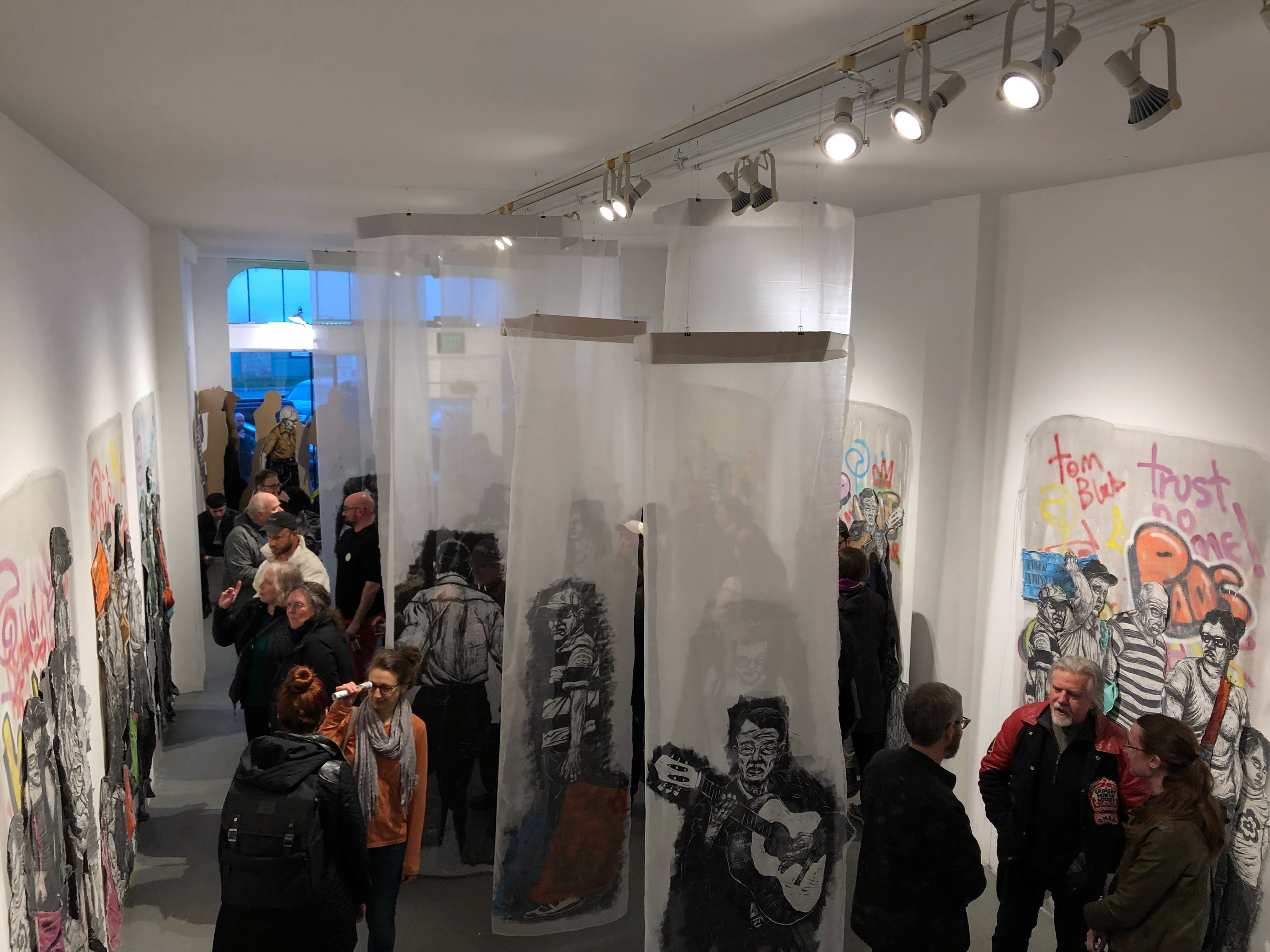