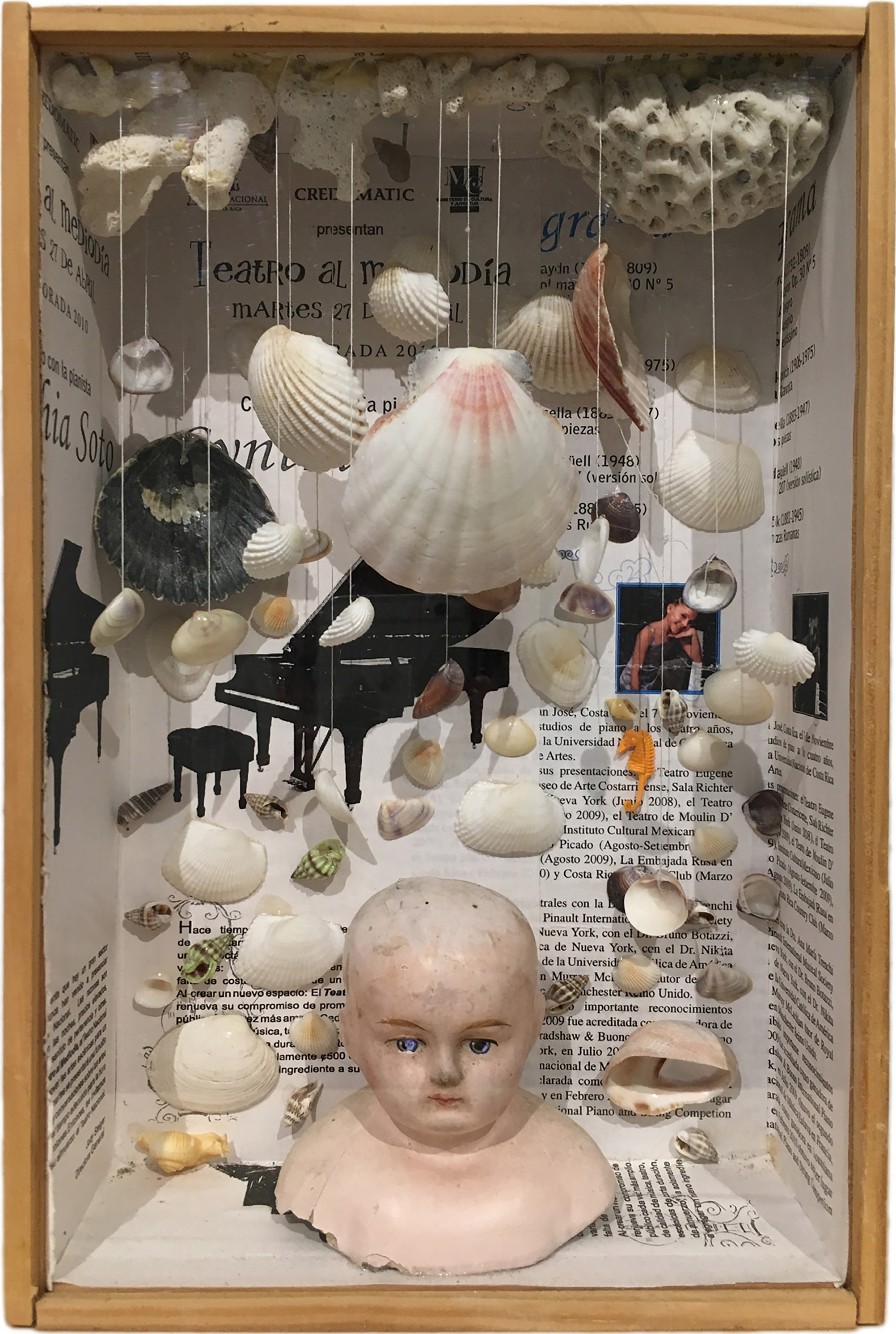 Elaine Chamberlain has been making dioramas for the past ten years. She uses postcards, photographs, paper ephemera, bones, toys, figurines, fabric, and numerous other found or acquired objects to create idiosyncratic works that lie somewhere between assemblage and miniature. These dioramas, staged in an assortment of boxes and sealed behind glass, collect scenes, locations, people, memories real and imagined.

According to Chamberlain, the dioramas began as a way to recreate memories from a trip after a failed film camera returned unusable photographs. She quickly grew obsessed the form. In these works, we can peer into some of her obsessions: cultural, religious, and ethnographic imagery; life and death and the passage of time; the flotsam and jetsam of our consumer society. Through them, we might wonder about the deathly histories of looking and collecting that still haunt our visions today.

Elaine Rollwagen Chamberlain is an artist and poet who lives in Hamburg, NY. She is a retired nurse counselor, and her nursing career included many years as a volunteer nurse in southern Mexico. Previously, she was a teacher of art and English, and was the area coordinator for the New York State Poets in the Schools program. 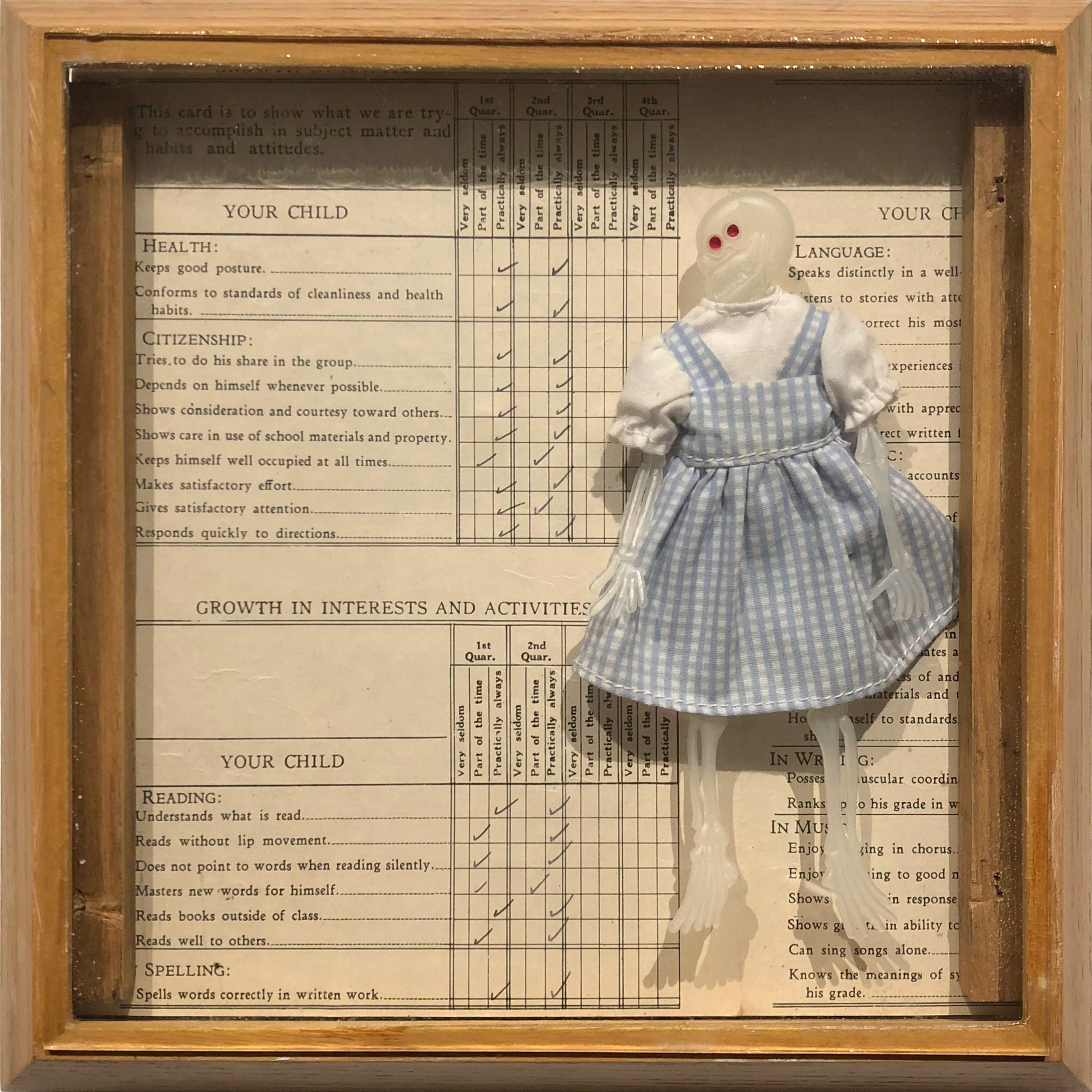 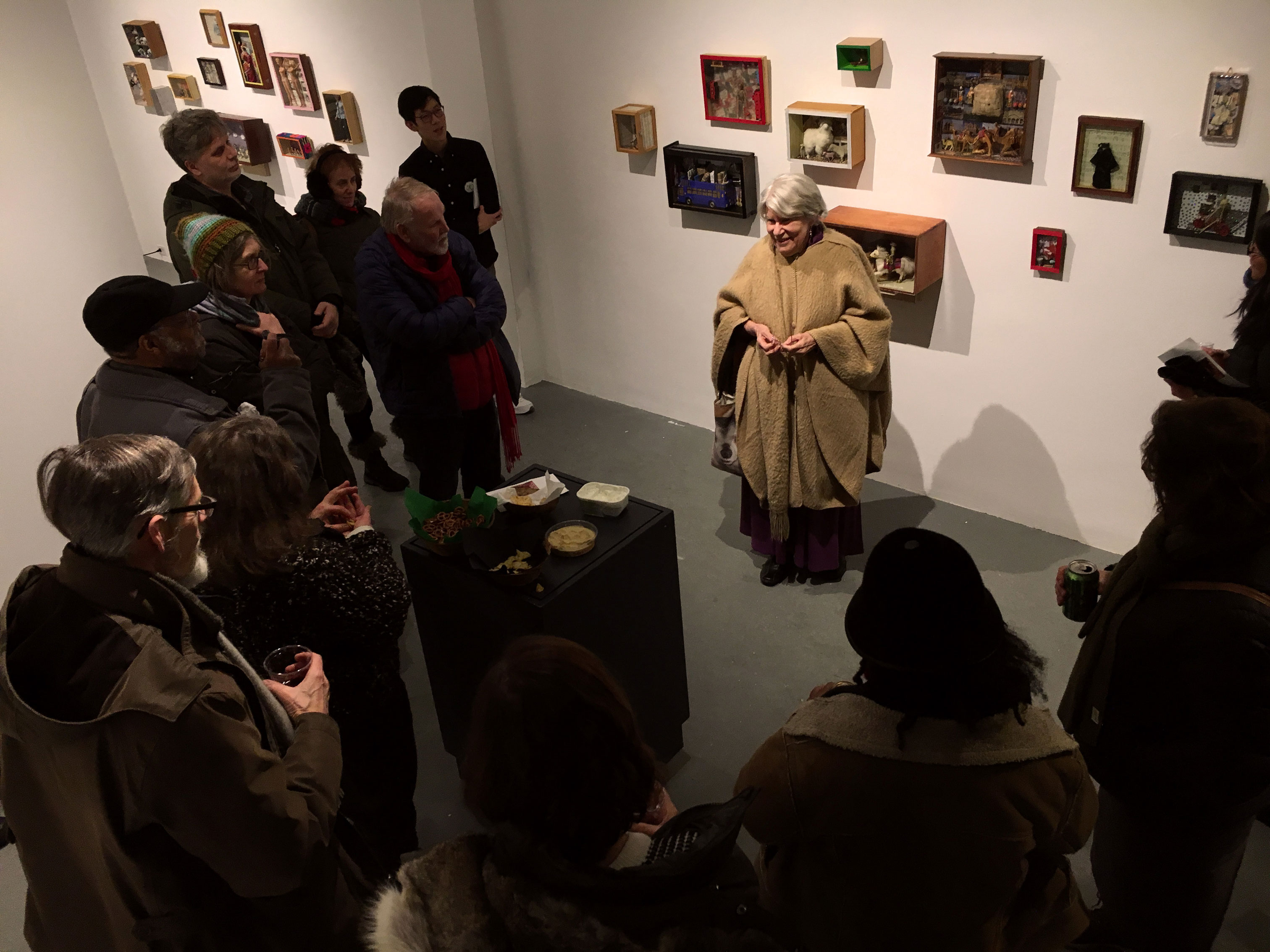