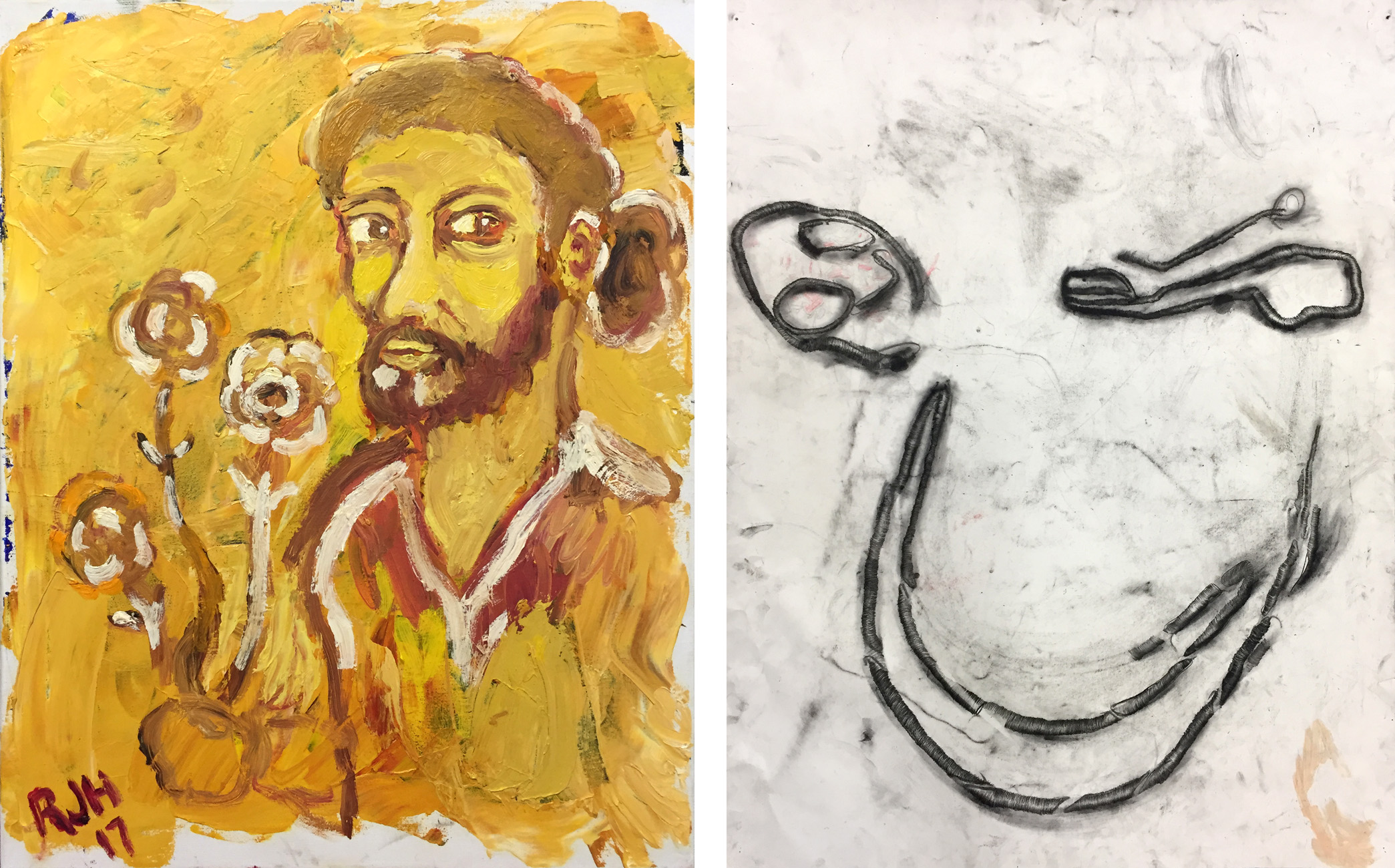 Get Me Out of My Head is an exhibition of recent works by Robert Harris and Kurt Von Voetsch. In this exhibition, images of the self and others, everyday objects, characters real and imagined, and all manner of stray thoughts spill out of their heads onto paper and canvas.

What unites the two, besides that they are both prolific artists from Niagara Falls, is a shared expressive sensibility. Their works appear crude at first glance, with their direct, raw gestures and an often “unfinished” quality, but are brimming with intent, feeling, and sly wit. They share an affinity for the grotesque, the uncanny, and the flat-out weird. Together, the works probe the messy lines between life and death, mind and body, memory and fantasy.

Robert Harris grew up in Niagara Falls, currently lives and works in Buffalo, and is seemingly omnipresent at local art events as well as on social media. Writing for his solo show at the Castellani Art Museum in 2016, curator Michael Beam dubbed Harris “perhaps the most well-known unknown artist in the Western New York region.”

Kurt Von Voetsch holds an MFA from Ohio University and an MS in student administration from the University at Buffalo. His works and performances has been widely exhibited in Western New York and beyond, including at the Albright-Knox Art Gallery, Burchfield Penney Art Center, Castellani Art Museum, UB Anderson Gallery, Hallwalls, Big Orbit, Chautauqua Institution, and Memorial Art Gallery. In recent years, Von Voetch’s artwork has been “a method of purging fear” amidst his ongoing struggle with cancer. 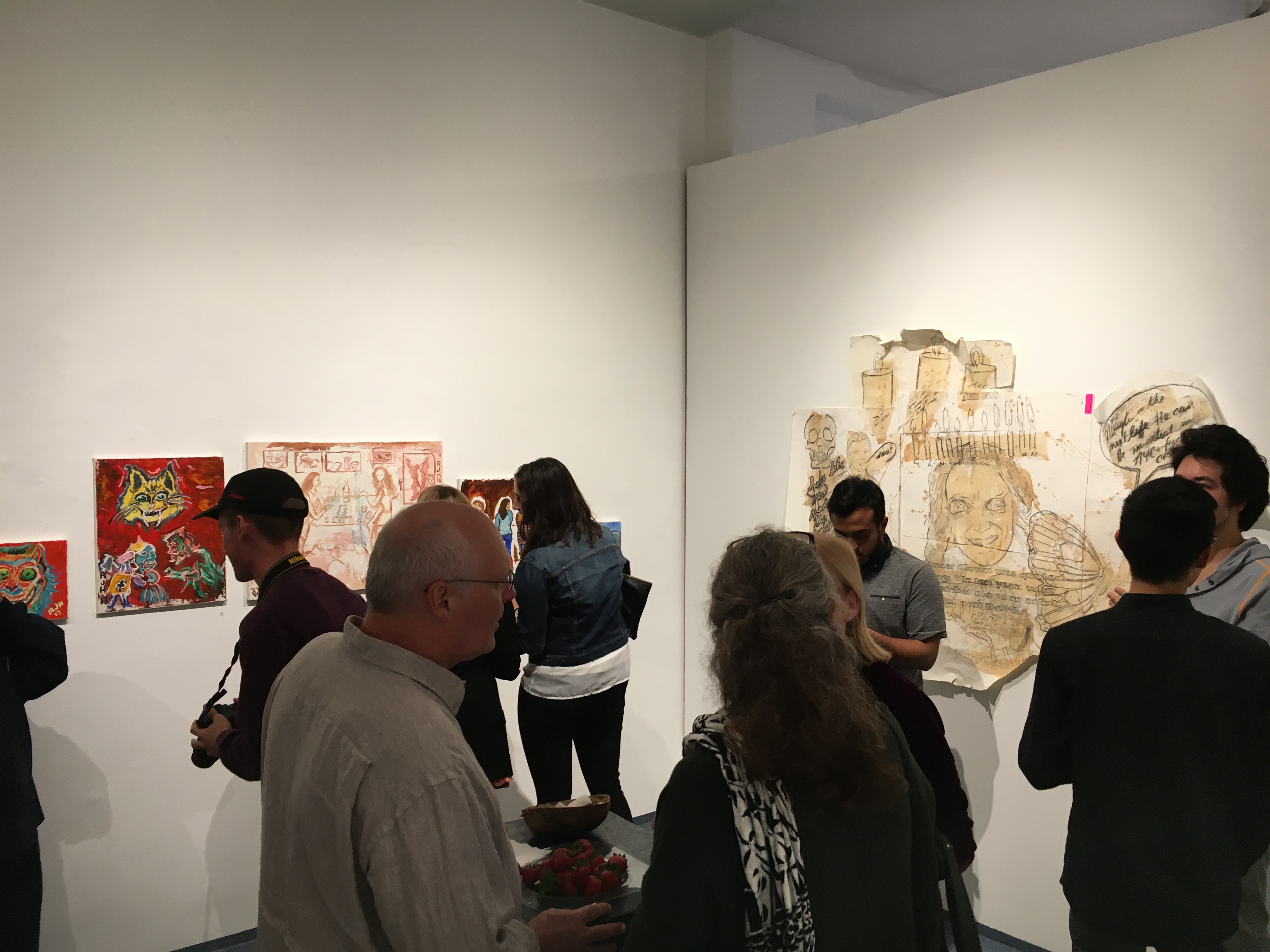