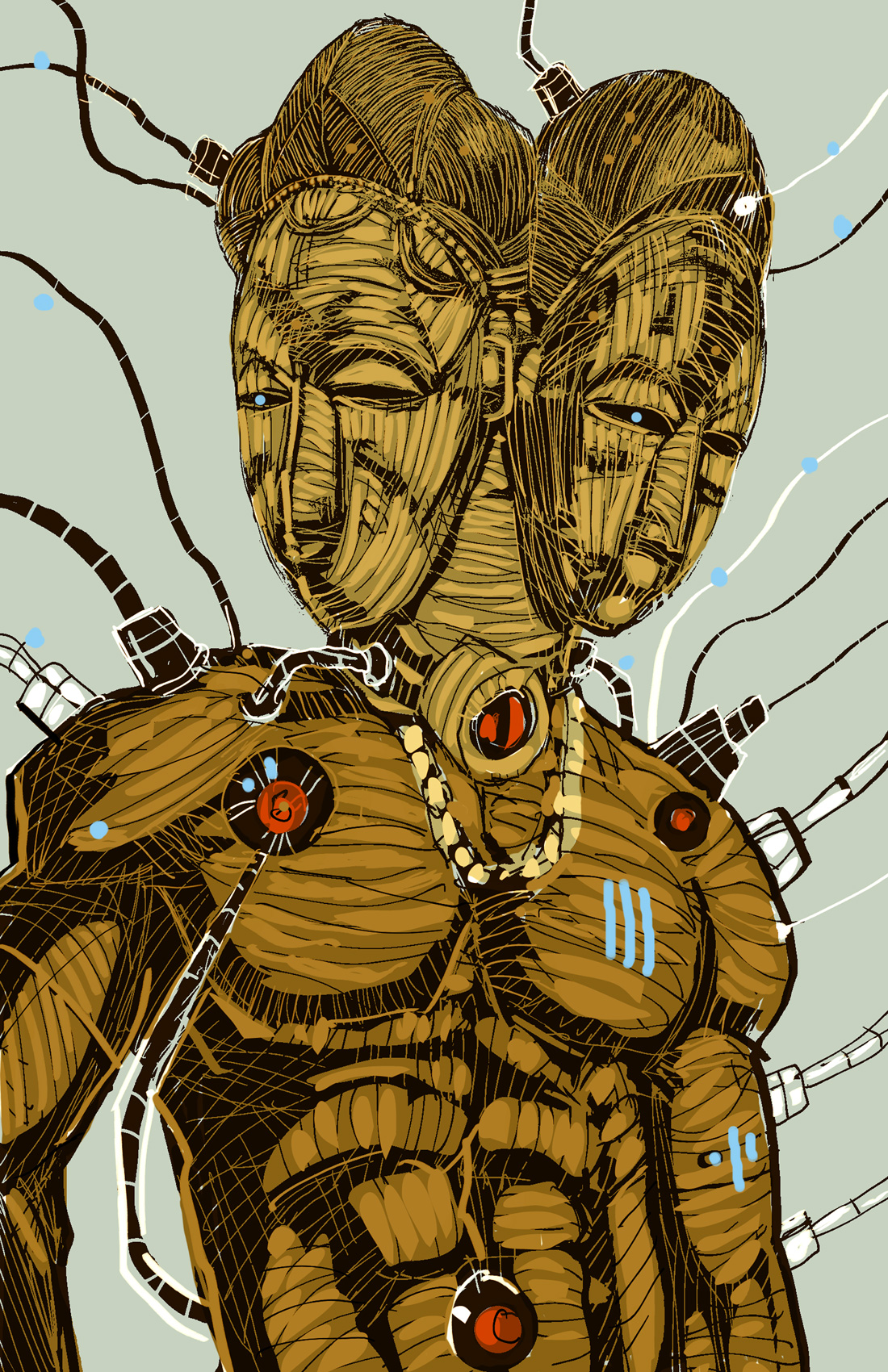 John Jennings is an accomplished designer, curator, illustrator, cartoonist, award-winning graphic novelist, and Associate Professor of Art and Visual Studies at the University at Buffalo. His work focuses on the analysis, explication, and disruption of African American stereotypes in popular visual media.

In MATTERZ of the FACT, he conjures an assembly of “surreal sci-fi conTRAPtions” that seem to parade under the glow of an alien sun. Printed as posters, the captivating yet sinister images contain a scathing commentary amidst their dark humor. “Welcome to the FACTory … The line is always rolling. The parts are hot off the presses. Come and get it.” 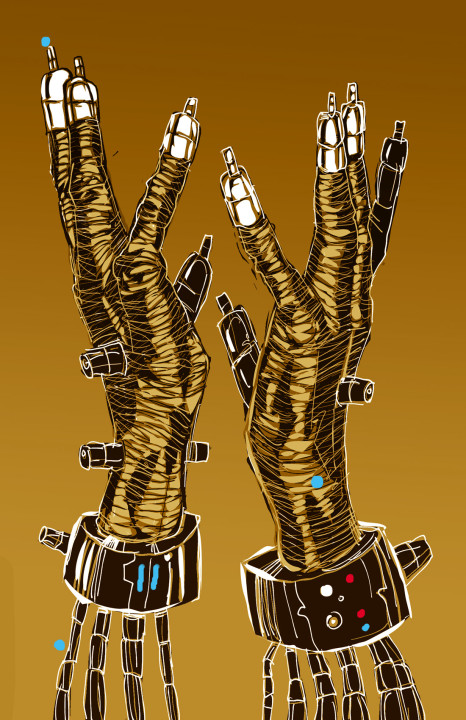 Jennings is the co-author of the graphic novel The Hole: Consumer Culture, Vol. 1 and the art collection Black Comix: African American Independent Comics Art and Culture (both with Damian Duffy). He is also the co-editor of The Blacker the Ink: Constructions of Black Identity in Comics and Sequential Art and co-founder/organizer of The Schomburg Center’s Black Comic Book Festival in Harlem, MLK NorCal’s Black Comix Arts Festival in San Francisco, and the AstroBlackness colloquium in Los Angeles at Loyola Marymount University. His current comics projects include the Hiphop adventure comic Kid Code: Channel Zero, the supernatural crime noir story Blue Hand Mojo, and the upcoming graphic novel adaptation of Octavia Butler’s classic dark fantasy novel Kindred. 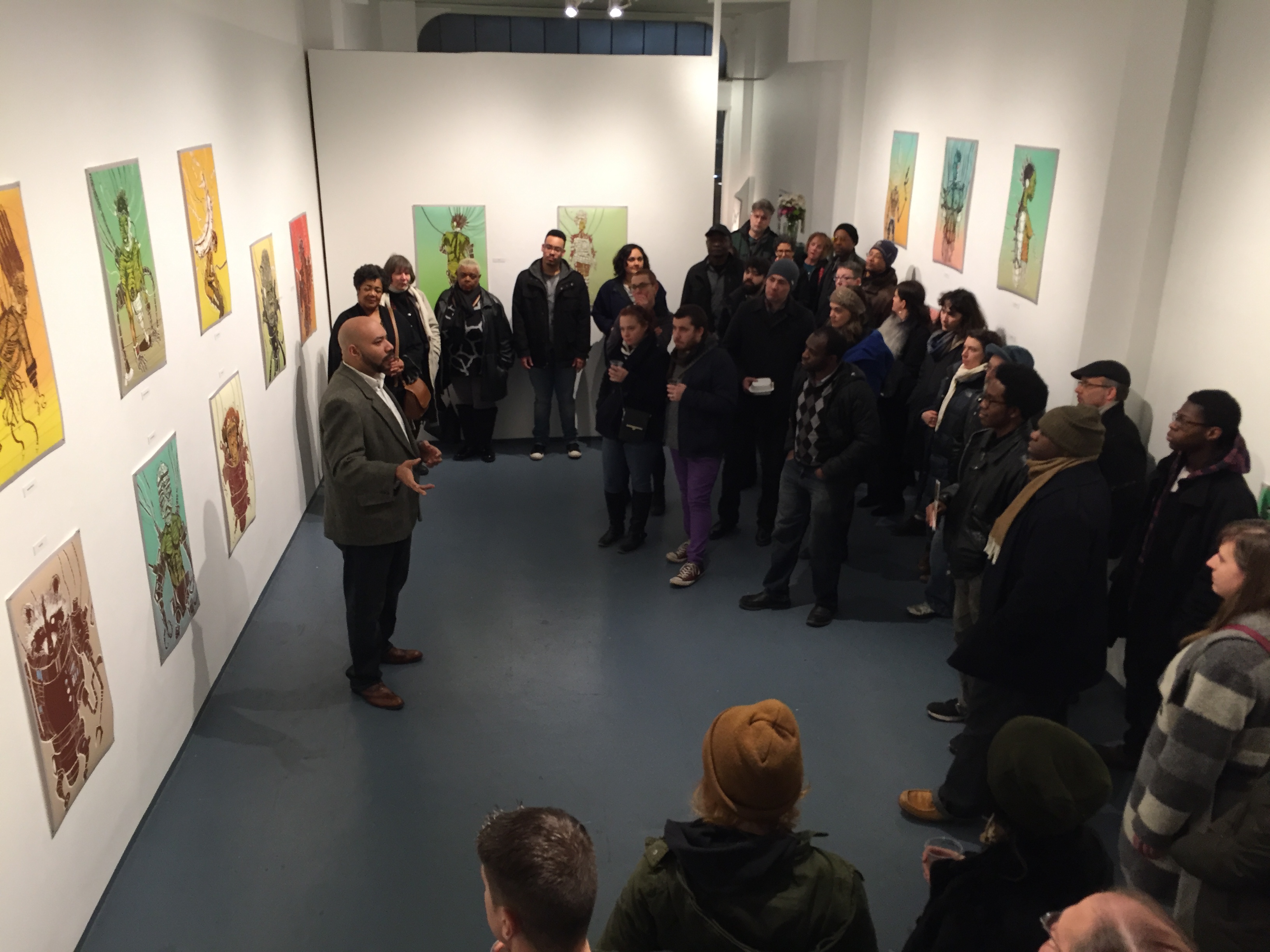 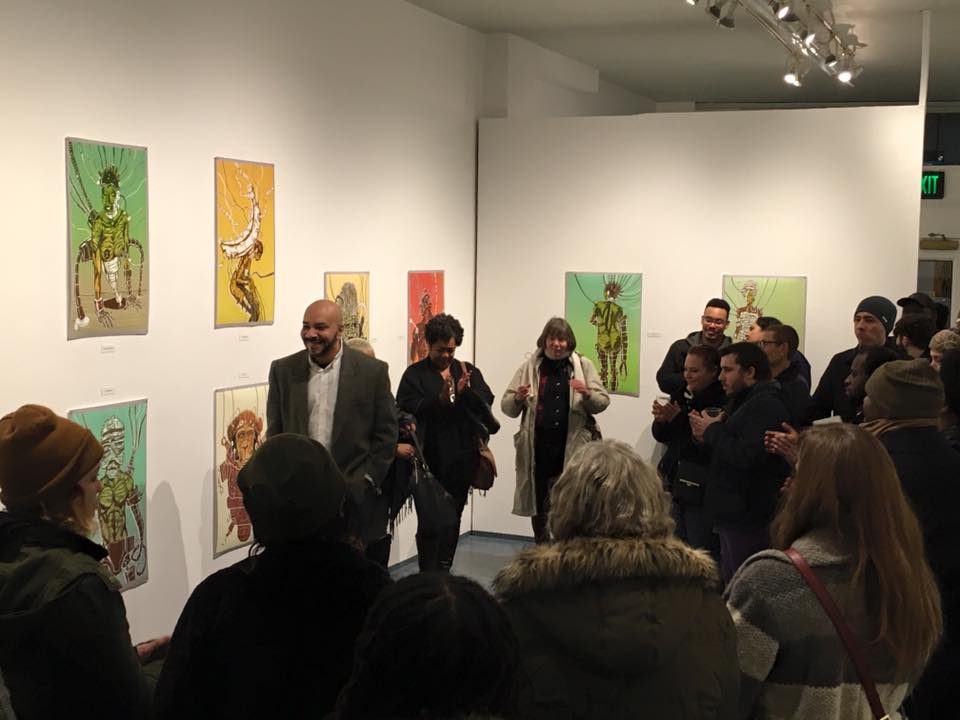