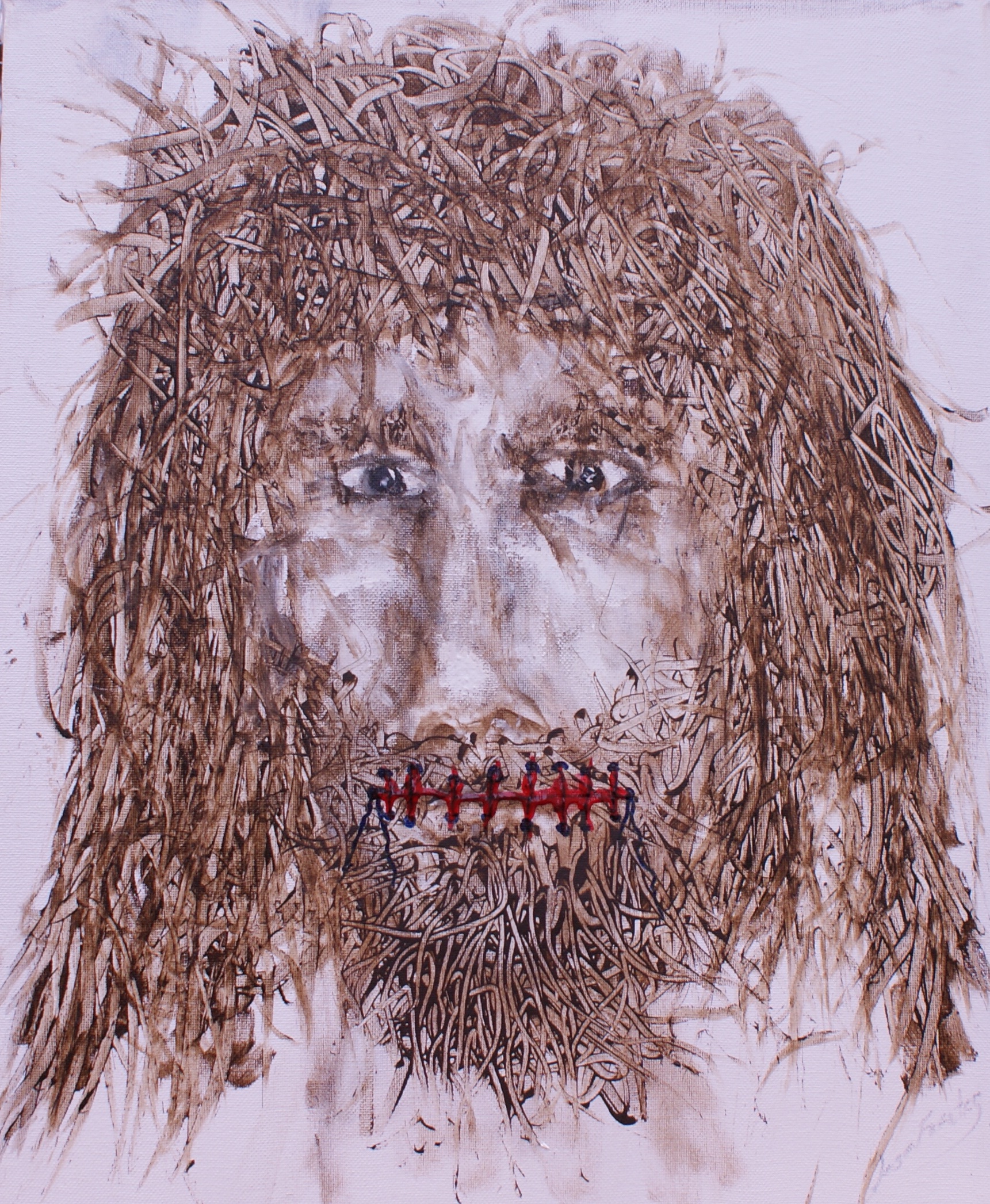 In recognition of Hispanic Heritage Month Jose in Black and White is a very personal account of being both Puerto Rican and a life long resident of Allentown, Buffalo, New York.

The Cameleon – he changes to his environment and this is the artist, Jose Louis Fuentes. He grew up in the Perry Street Projects, and was taken away to a new home in Hamburg, New York.  When his father remarried, he came to the west-side of Buffalo and moved so much that his six brothers and sisters would call themselves, Puerto-ble Ricans!  At the age of 11, he found a new home in Allentown and his life was shaped by the writers, painters, and musicians that formed this eclectic community. Jose’s art can be raw and at times be absent of color, not because he cannot see or feel color, but because like the cameleon, whose life is based on emotion and the rhythm of the space that surrounds him, he morphs back from color to black and white. Fuentes, a life long resident of Western New York, paints from his memories of his childhood and his experiences with the bohemian community of Allentown, a neighborhood in Buffalo New York. Fuentes is primarily self taught but has training from Antonio Sisti and Virginia Talou. Jose Fuentes has participated in many group shows and 4 solo shows throughout Western New York.