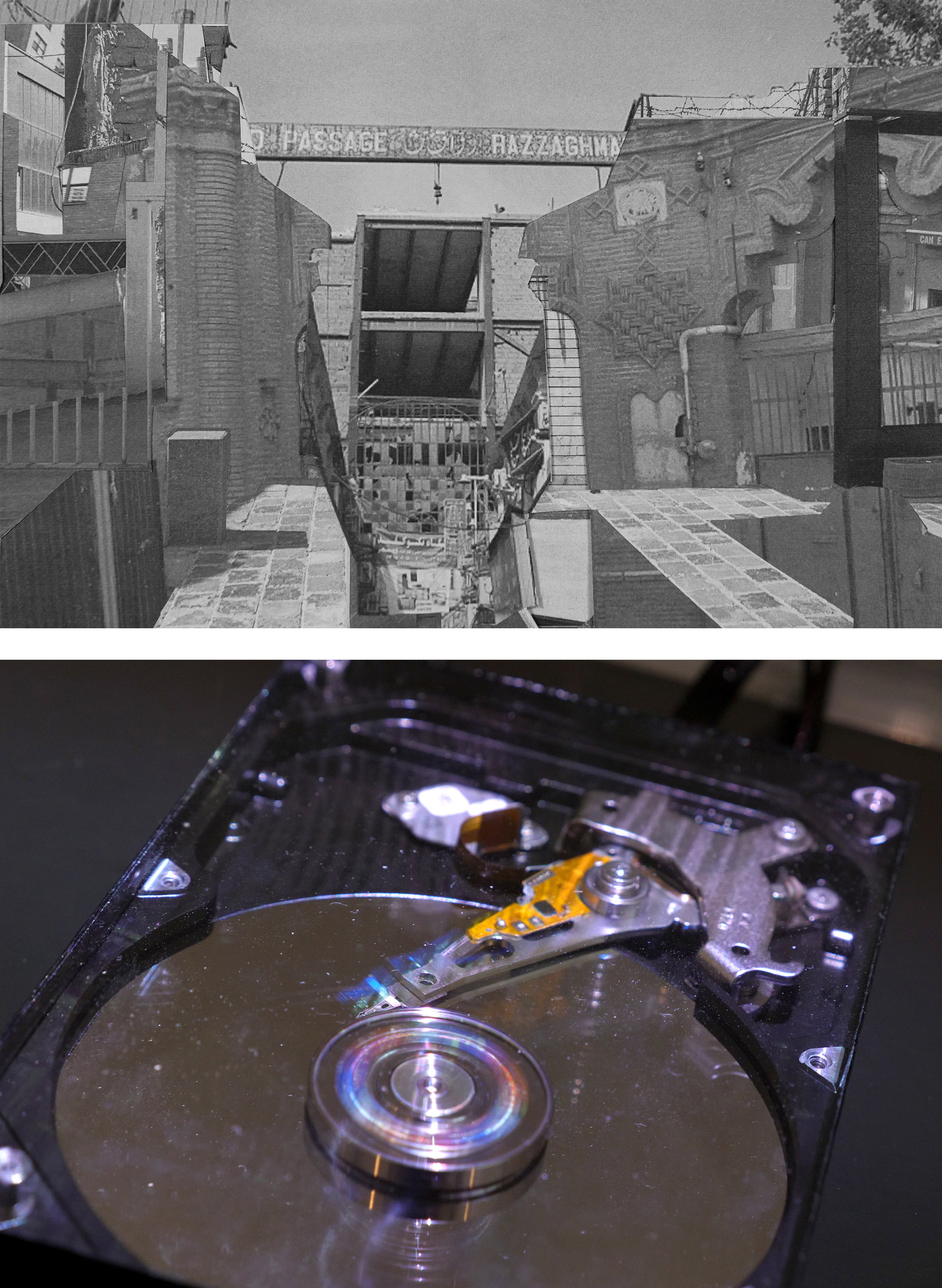 Media-as-things is an exhibition and a manifesto about media, memory, and materiality by Mani Mehrvarz and Maryam Muliaee. The concept forms the basis of their current research and practice as PhD candidates in the University at Buffalo’s Department of Media Study.

Presented in this exhibition are recent media artworks that continue a line of thought about the materiality or “thingness” of media objects. For Mehrvarz and Muliaee, the condition of failure becomes a starting point: “Through failure, the object of media becomes a thing…. In encountering with media-as-things, we are affected by the intensities of machines that are suddenly amplified through failure.”

In other words, “failed” media—broken hard drives, degraded image signals—have certain sensory qualities that disturb our understanding of them as merely tools, or objects that we assign function and purpose. Instead, what is left are the things themselves: material beings that exist outside human subjectivity, and perhaps possess subjectivities of their own.

What can media-as-things do as, or in, works of art? What imaginaries can they possibly reveal? How do we engage with them, and how do they engage with us?

Maryam Muliaee is a media artist-researcher and PhD candidate in Media Study at the University at Buffalo, where she teaches as an adjunct as well. Her current projects focus on media archaeology, failure, haptic image, the notions of place/space and mapping, ranging from video/sound installation to projection art and locative media. Her dissertation focuses on feminist media archaeologies and art practices that involve an embodied and grounded approach to the themes of place and city. Maryam has been the art director for various documentary productions and interdisciplinary art projects over the last ten years. Her work has been exhibited and screened in galleries and juried festivals around the world since 2007.

Mani Mehrvarz is a media artist and filmmaker, currently a PhD candidate and adjunct instructor in the Department of Media Study at the University at Buffalo. His areas of research interest include databases, media archaeology, nostalgia, post-history and cultural techniques. Mani has been working on several media projects with a focus on the unstable processes of the analog and digital in technologies of recording memory in the context of post-Kittlerian media studies. His media installations and documentary films have received recognition and awards and been exhibited and screened worldwide since 2004.