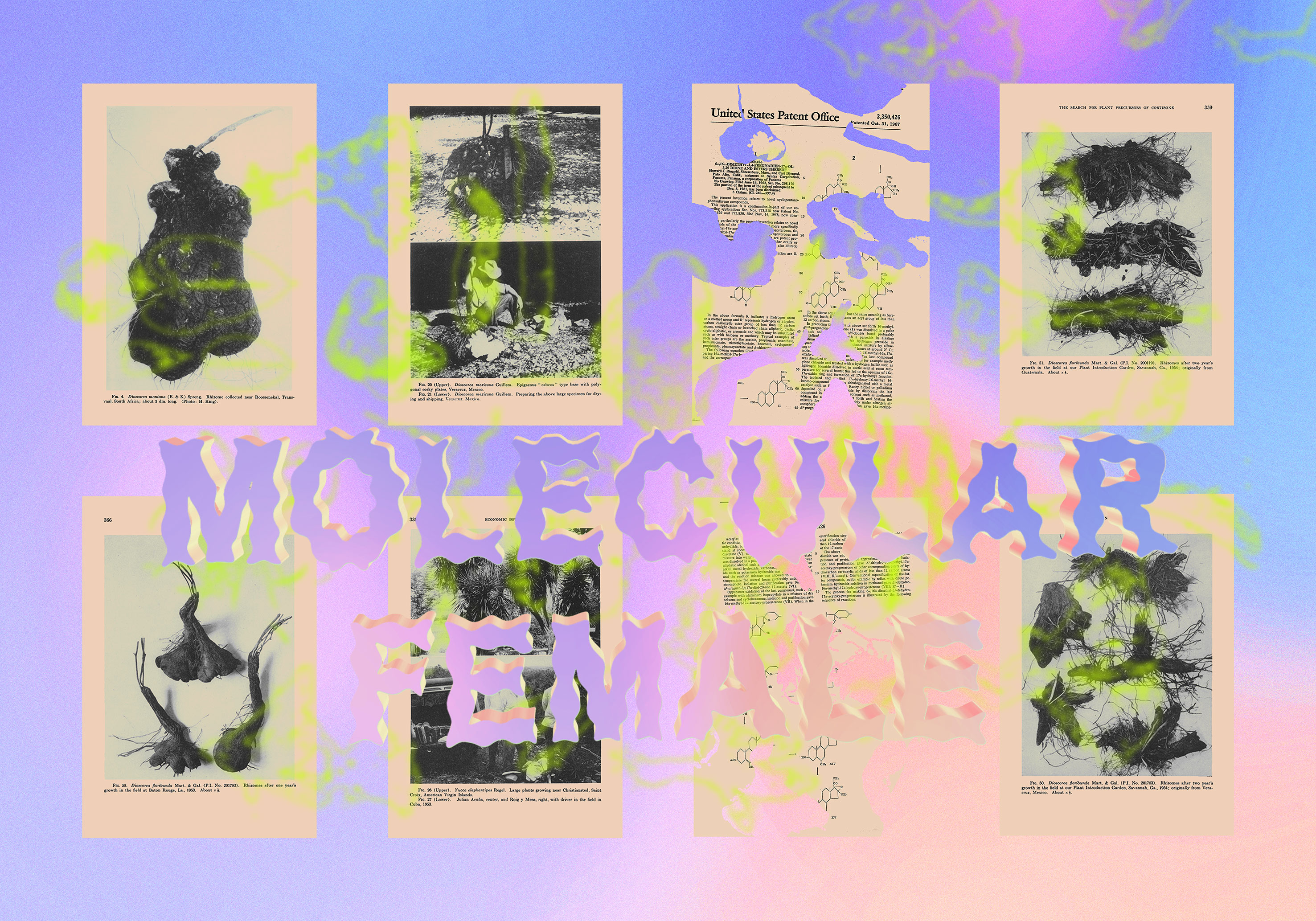 The title of Rian Ciela Hammond’s virtual exhibition, Molecular Female, refers to steroid hormones—such as estrogen, testosterone, and progesterone—that are commonly used for birth control and hormone therapies. In particular, the exhibition explores a lesser-known history: in the mid-twentieth century, American scientists, funded by government and pharmaceutical interests, scoured the world to find plants that could be used in the development and production of synthetic hormones. Taking images from these expeditions as a starting point, Hammond traces their global reach, questions the romanticism of these “discoveries,” and shows that narratives of scientific progress are inevitably intertwined with the long history of colonialism and empire.

The exhibition can be viewed at molecularfemale.com. In October 2020, it will also take physical form as an installation at El Museo.

Molecular Female is a virtual exhibition and tentacle of the research project, Open Source Gendercodes (2015-ongoing) which pursues experiments with biotechnology and steroid hormones from a copyleft transfeminist position. The images used are appropriated from scientific papers that document neocolonial expeditions in the 1950s funded by the US government and pharmaceutical corporations: US scientists travelled to Africa, Mexico, Central America, and South America, in search of plants that could be used to manufacture steroid hormones. Through these artifacts, we see glimpses into the process of constructing estrogen, testosterone, and progesterone biopharmaceuticals during what is referred to as the “golden age” of steroid chemistry (1930s-1960s). These are molecules often used in birth control methods, as well as hormone therapies for intersex, transgender, and non-binary people.

First printed in a 1955 edition of the Journal of Economic Botany, the black and white photographs serve to document these expeditions with an assumed neutral and objective framing. Recontextualized, they are drenched with romanticism: the windswept hair of a scientist as he presents the riches of “foreign” and “uncharted” lands. The knowing caress of an explorer’s hand through the tangled brush of a wild yam. The cowboy intellectual who sits satisfied next to his bisected catch: a moment of rest in the tireless search for a botanical source of hormones more potent than any other.

Here the romanticism of discovery and progress operates as aesthetic cover for the neocolonial economic and knowledge regimes that western scientific pursuits often represent. This romanticism helps to prop up the myth of colonial pursuits as civilizing benevolent projects, taming uncharted territories and bringing humanity and order to a desolate or treacherous wilderness. In reality, these biological “discoveries” being extracted and monetized have been cultivated by the Indigenous peoples of these places, often for medicinal use, use as contraceptives, and spiritual use.

By investigating and unearthing these histories, with an attention to ways that the struggles of Trans, Intersex, Non-binary, and Queer people are intertwined with those of Indigenous peoples I hope to inform and deepen solidarity. Attacks against Indigenous sovereignty and attacks against the body-autonomy of TIN folks are both driven by Colonial logics.

Rian Ciela Hammond is an artist, tactical biologist, transfeminista, and hormone hirstorian. Their current long term project (started 2015), Open Source Gendercodes, has focused on the intersection of gender variation and technoscience; by working towards novel hormone production technologies, OSG attempts to queer current regimes of ownership and bio-power. Most recently, Hammond obtained their MFA from the University at Buffalo Department of Art. 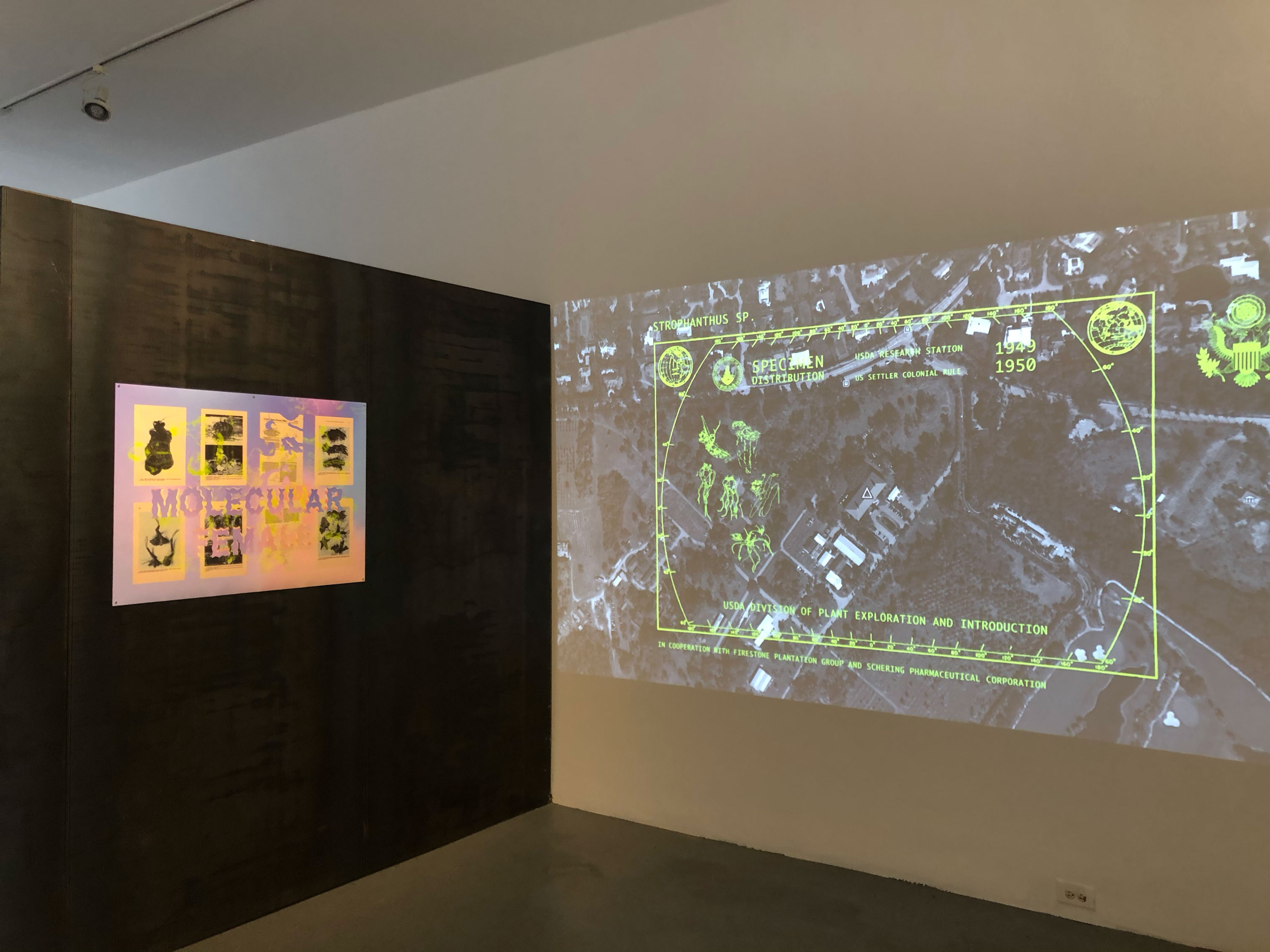