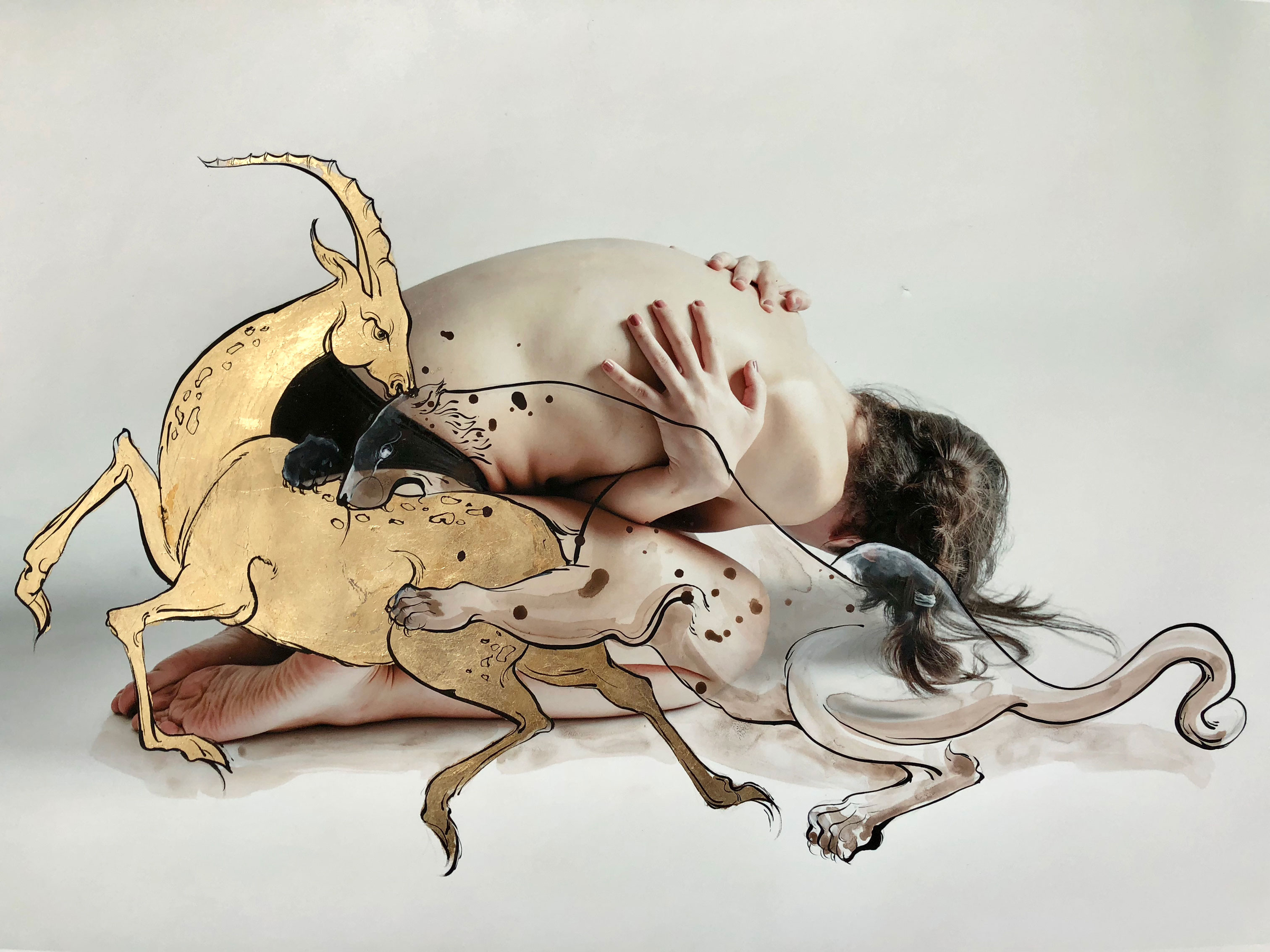 Sepideh Pourhang’s multi-disciplinary approach brings her identity to the aesthetic surface of her work. Despite her presence, her identity is erased by the paints, prints, and traditional motifs that she adds to the surfaces of her photographs. This erasure redresses the suffocating definition of the “model minority.”

Pourhang is influenced by Persian Miniature patterns and the complex and paradoxical experience of life as a woman. Her works contain ornamental decorations called “Tazhib” (illumination) and “Tashir” (a style of ornamentation), used in borders and panels of Persian illuminated manuscripts. The detailed gold leaf in her works, typically used for religious texts, exalts their content.

Originally from Iran, Sepideh Pourhang is currently an MFA candidate at the University at Buffalo. Her works demonstrate how tradition envisions the centrality of women; she strives to bring the previously marginalized and intimidated woman into the spotlight. 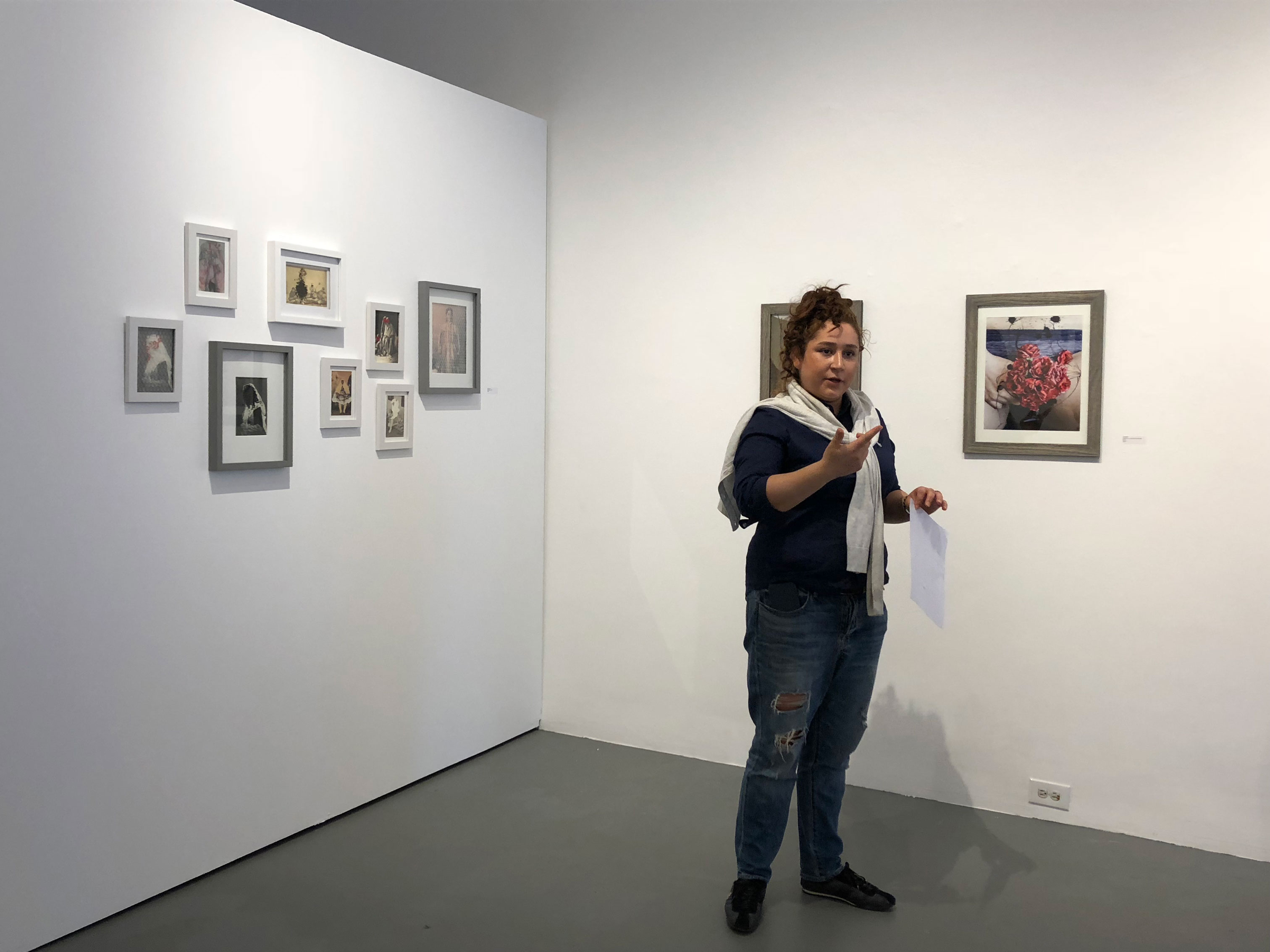 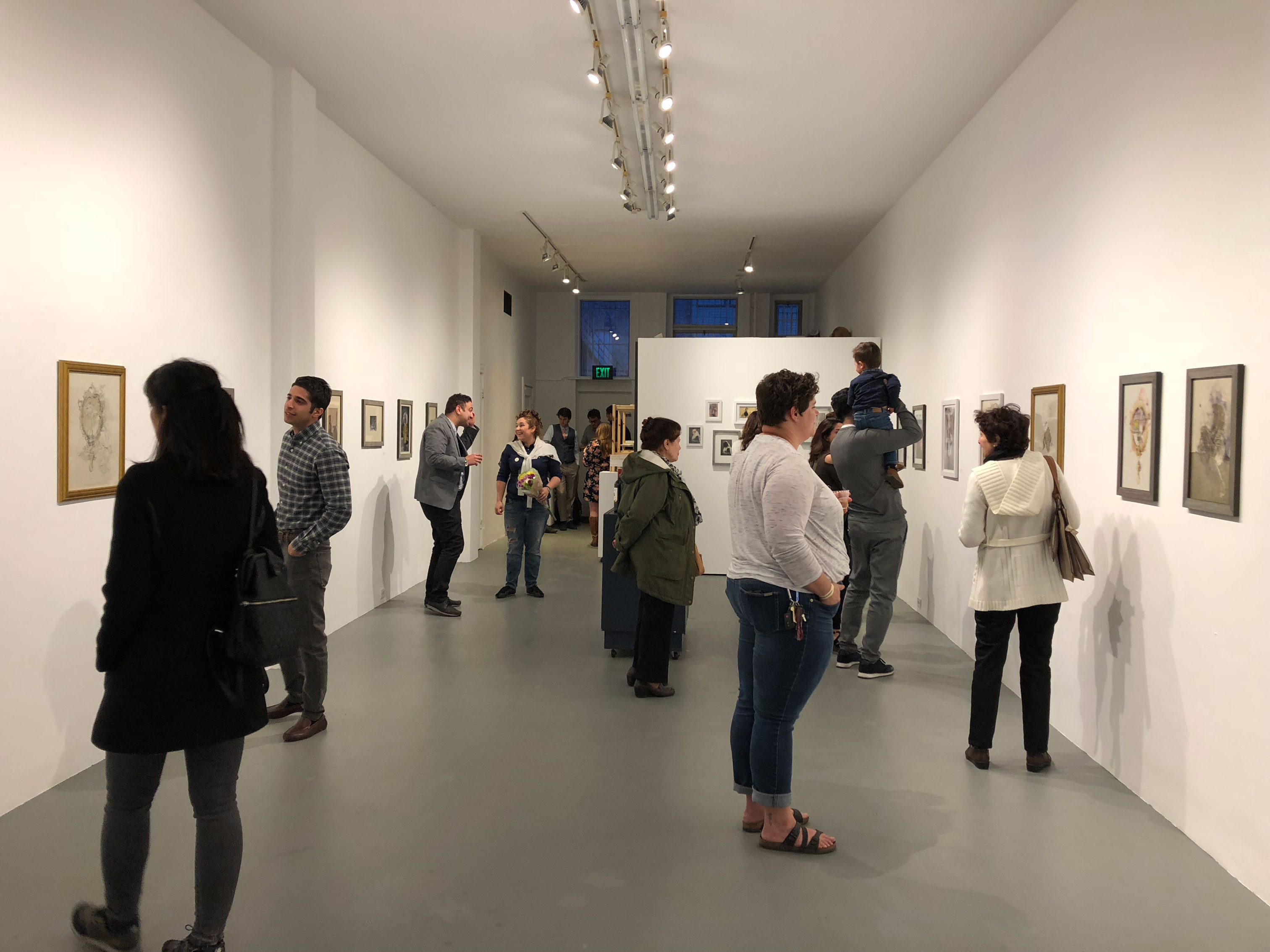