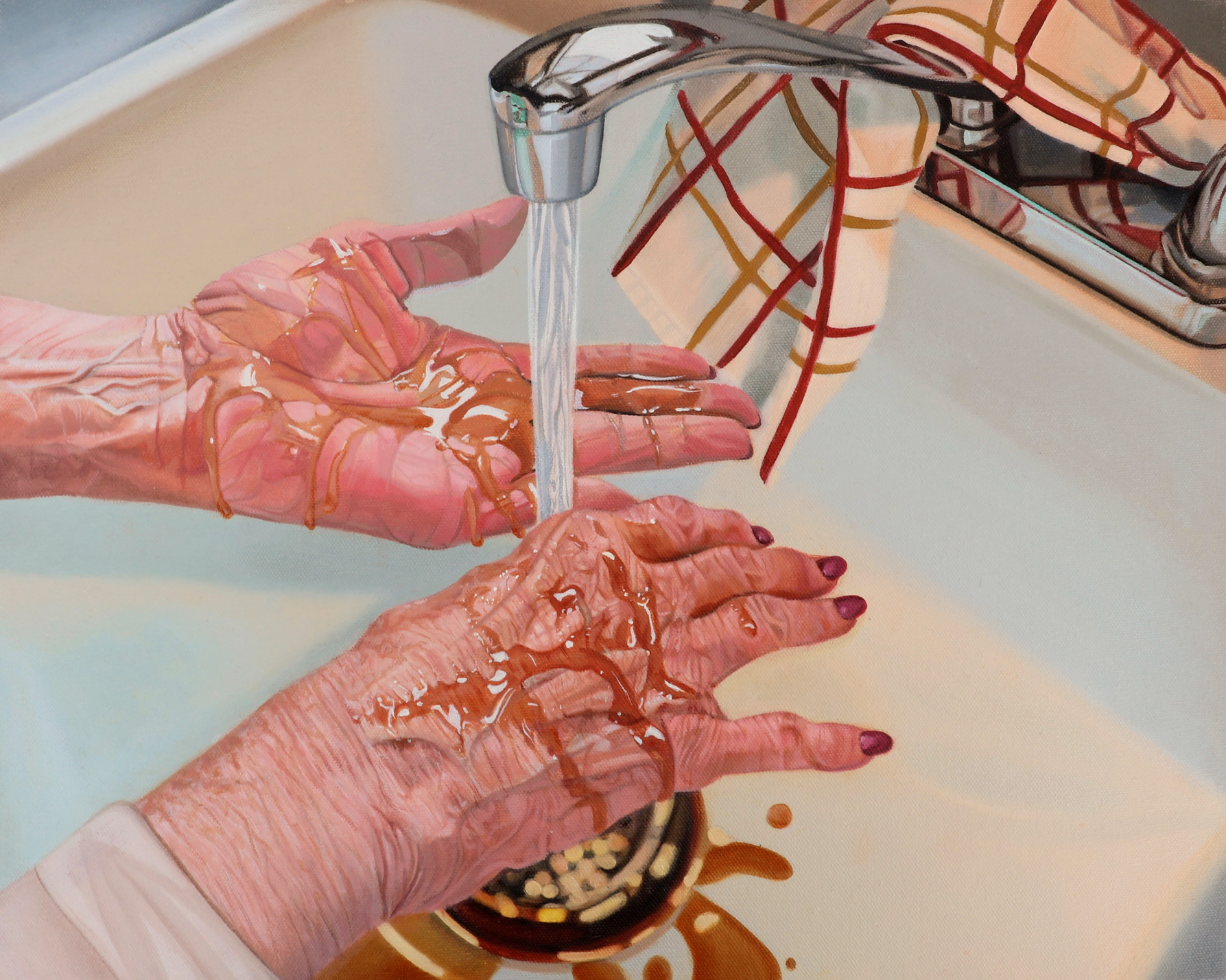 Link to an auditory embodiment of
the exhibition: tinyurl.com/shanelk

Bio:
Shanel Kerekes is a painter from Buffalo, New York. As a graduate of Villa Maria College, she majored in Integrated Arts and obtained a BFA degree in 2019. Born in Buffalo, New York in 1997, the practice of painting was introduced to the artist as a child by her grandfather, who often created portraits as a leisurely activity. Kerekes gave painting a chance, and it quickly turned into a passion. She became inspired by the work of contemporary artist Marina Abramovic, Kiki Smith, and surrealist painter Salvador Dali. Photorealism is the style that she continuously aspires to achieve in her work.

Kerekes was exposed to a culturally diverse environment early in life, which later instilled a fascination with individuality, pre established societal standards, and the ever-changing dynamic between the two. These interests have influenced their desire to create mixed media artwork. As a biracial woman in today’s world, Kerekes uses the tribulations that they are confronted with to build a visual representation of the many obstacles that women and minorities may face. These may include objectification, discrimination, sexualization, and exploitation.

Artist Statement:
Within my mind, there is a constant search for the reason why societal standards exist, and how they are implemented by the masses. Especially when they pertain to one’s gender. I find myself striving to build an answer of my own by analyzing my own experiences and surroundings. My work is largely an attempt to question common norms and bring attention to how they affect individuals based on their unique characteristics. I often aspire to present audiences with the trials and tribulations of the female experience. Using stereotypical feminine imagery in combination with my photography as references, I attempt to challenge the established perceptions of gender and power.

Often, my content aims toward the negative aspects of what it is to be a woman and to bring awareness to what it may take to reside as one in a critical society. The never-ending cycle of women’s rights being reinstated and overturned is a constant readjustment of life itself. This comes with intense frustration and hardship for many. In addition, we are constantly faced with unwanted objectification, exploitation, and are oversexualized at inappropriate times. Although, I also strive to depict the beautiful aspects of womanhood by celebrating the divine feminine energy that resides within every woman. This exact duality is what inspired my artistic catharsis, leading to the creation of this body of work. An antithesis of life.