In the end, only two phases of affordable housing (Shoreline and Pine Harbor Apartments) were built. Today they are among the most hated buildings in Buffalo. Like many public housing contemporaries, their inventive, complex forms and admirable social aspirations have been overshadowed by disrepair, crime, and vacancy. Norstar Development, the site’s owner, in 2013 proposed a phased demolition and replacement of Shoreline with new Victorian-style townhouses. Following failed attempts at landmarking the structures for preservation, the first round of demolitions began in summer 2015. In 2017, Norstar accelerated the demolition schedule, asking remaining residents to leave, and in January 2018, the last holdout was vacated from his unit.

Shoreline: Remembering a Waterfront Vision is an exhibition of drawings, photographs, documents, and artworks, spanning from the original vision of the Buffalo Waterfront Development in the 1960s to the eventual destruction of Shoreline in recent years. The exhibition materials, drawn from archival sources as well as artistic responses, trace the erosion of an architectural, urban, and social vision for Buffalo’s waterfront, one that was only ever partially realized.

Considering the Shoreline within this context, the exhibition looks at the architectural style of Brutalism, the complicated history of urban renewal, and the past attempts by government to play a leading role in developing cities and providing social housing on a mass scale. Amidst Buffalo’s so-called renaissance, when its historical assets are being reevaluated, preserved, and restored, why are we racing to forget the Shoreline?

Shoreline: Remembering a Waterfront Vision is curated by Bryan Lee and Barbara Campagna, and presented in partnership with the Paul Rudolph Heritage Foundation. Contributors include Avye Alexandres, David Torke, Kurt Treeby, and Rima Yamazaki. Special thanks to Kelvin Dickinson and Mark Byrnes. 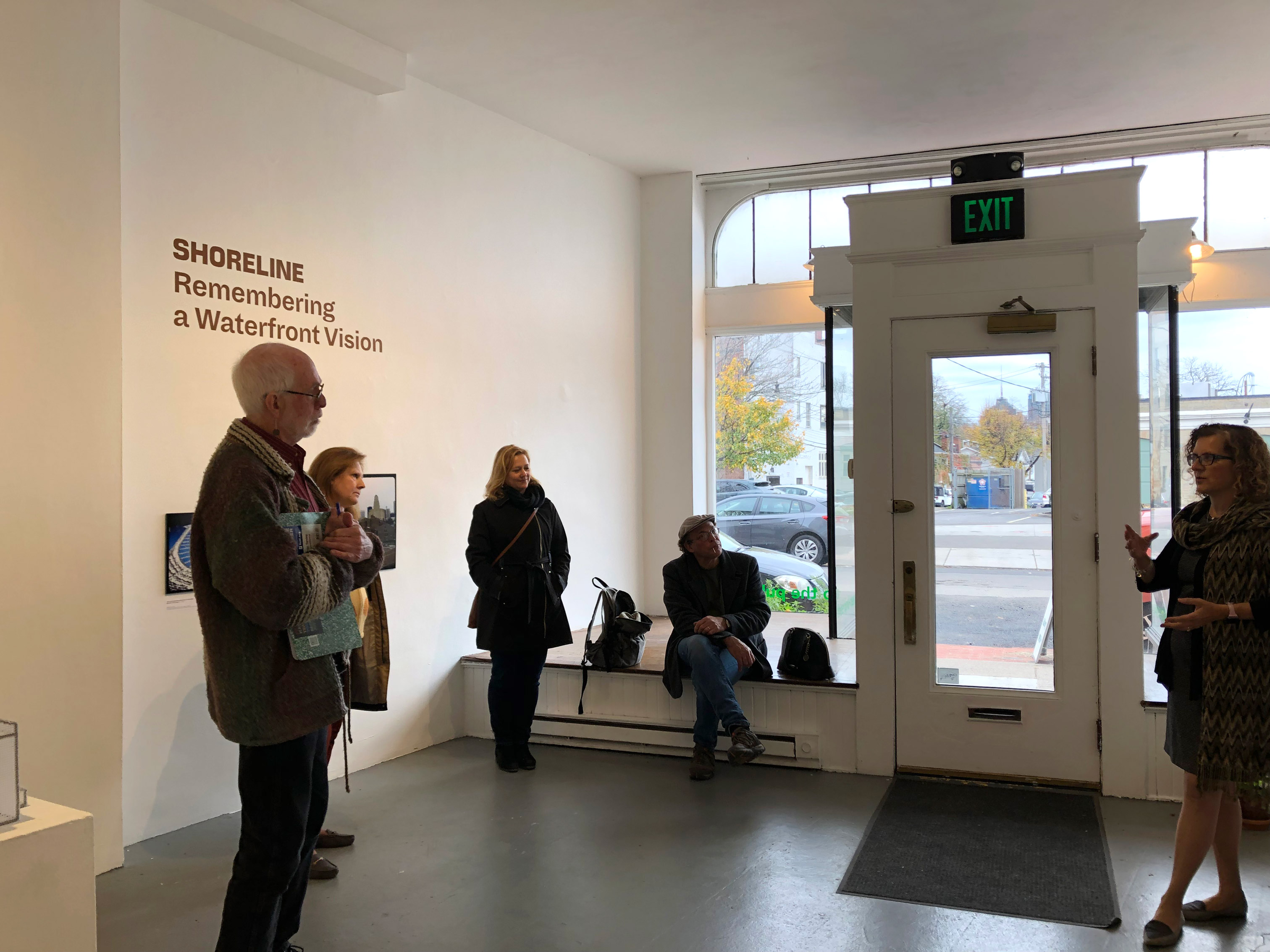