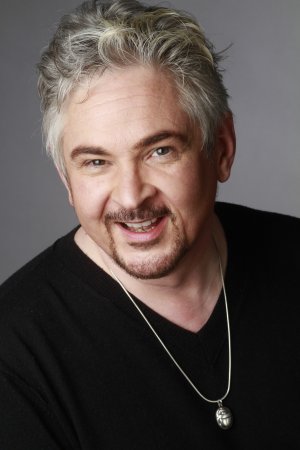 El Museo Francisco Oller y Diego Rivera has announced the retirement of Dr. Craig Centrie, its co-founder and longtime Executive Director, effective October 1, 2017. Since founding El Museo with Alberto Cappas and Juan Gonzalez in 1981, Dr. Centrie has been an integral part of the storied institution, serving as volunteer, advocate, Curator, and Executive Director.

Without Dr. Centrie’s efforts, El Museo would not have the distinct pride of having served Buffalo and Western New York for over 36 years. Despite the many challenges facing small, nonprofit arts organizations, particularly ones that focus on artists and communities of color, El Museo has maintained a vibrant presence through its exhibitions, events, and educational programs. Dr. Centrie was instrumental in securing public and private funding for the organization, and a physical space since 1997. He has also led collaborations and partnerships with other arts groups, embedding it in Buffalo’s vital arts scene.

As Dr. Centrie put it, “This has been a most marvelous journey to be part of Buffalo’s arts community for so many years. It is filled with the most dedicated and fascinating people I have ever had the pleasure to work with. El Museo’s mission to provide dedicated exhibition space for the region’s underserved artists, and to provide a place where the voice of underserved peoples may be heard, is one that I am very proud and am pleased to have had a role in founding and nurturing for nearly four decades.”

While El Museo’s Board of Directors continues its search for a new Executive Director, William Vogel, the Assistant to the Director since 2015, will be named Acting Director. To honor Dr. Centrie’s many years of service, he will remain connected to El Museo as Founding Director Emeritus and a trusted advisor.

Board President Holly Baum said, “It has been truly a privilege to have had the opportunity to serve on the Board over many years during Craig Centrie’s leadership as Executive Director of El Museo. Craig’s heartfelt dedication, his tenacity, and creative vision has turned El Museo into the cultural gem that it is today.”

Originally from Haiti, Dr. Centrie earned his M.A. in Latin American Studies and Ph.D. in Sociology from the University at Buffalo. In addition to his work at El Museo, Dr. Centrie is a Professor in the Education Department at Medaille College and an Lecturer in Transnational Studies at the University at Buffalo. His paintings and photographs have been exhibited internationally and are in public and private collections, including the Burchfield Penney Art Center. Craig looks forward to continuing his research, making art, and spending more time in his garden.

The public is invited to join El Museo’s board and staff in celebrating Dr. Centrie on Saturday, October 14, from 7–10 pm, at 91 Allen Street in Buffalo.